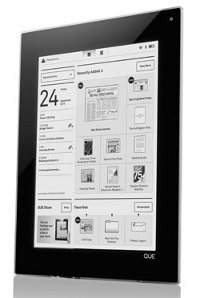 Back on January 7th at the Consumer Electronics Show, Plastic Logic revealed the Que proReader, a large, business-oriented E Ink device. The Que was initially slated to release in mid April, and they were even taking pre-order on the QUE proReader website. Then on March 11th people who pre-ordered a QUE received an email from […]