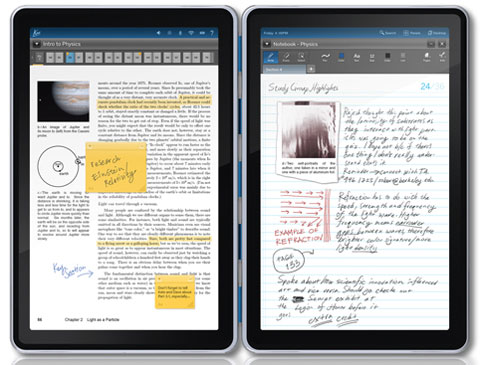 Designed specifically for students, there are two versions of the Kno Tablet, a single screen model and a dual-screen model, each with 2 different options for memory—16GB or 32GB.

The most striking thing about the Kno Tablet is its size. Each model features an LED touchscreen that measures 14.1-inches diagonally. The dual screen version is a whooping 18-inches wide, 13-inches tall, and weighs in at just over 5 and a half pounds. By comparison the single screen model is a trim 9-inches wide, weighing 2.6 pounds.

The Kno Tablet is aimed at becoming the next generation textbook with access to tens of thousands of the most popular textbooks and supplement learning materials from major textbook publishers including Cengage, McGraw Hill, Pearson, Macmillan, Kaplan, Random House, and several others. The available reading material can be found via the new Kno Textbook store.

The press release for the announcement of the Kno specifically stated that company is now accepting a limited number of pre-orders for an initial shipment. The Kno website lists all four units as being available by December 20th, 2010.

More Kno videos can be found on the Kno YouTube Channel. 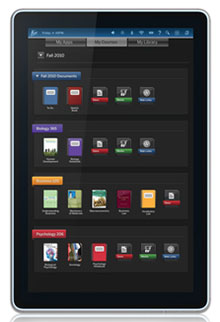