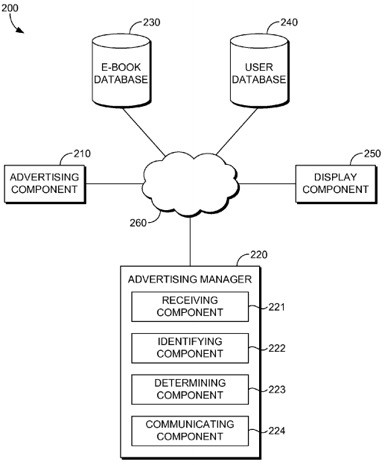 So it’s not much of a surprise that Microsoft was just granted a patent for contextual ads placed in ebooks, even though Microsoft decided to pull the plug on their own proprietary ebook format (.lit) last year along with the accompanying Microsoft Reader program, which is to be officially discontinued at the end of this month.

Advertisements have already taken root on some Kindle ebook readers as well as the Kobo Touch with Offers, but those ads apply to the devices themselves and not ebooks. The ads only show up on the screen when the device is in sleep mode and at the bottom of the homescreen. Not when reading.

Microsoft’s new patent takes advertising in ebooks a step farther by using contextual advertising within the actual ebook. According to the USPTO, this works basically the same way as internet advertising where the ads shown are related to the contents on the page, and can even be based on the user’s interests.

It sounds crazy to even consider placing ads directly within ebooks, but you never know what the future may hold. What if given the option you could buy an ebook for say $6.99 or have the same ebook for $1 with ads baked in?

The idea of ads in ebooks appalls most people but that’s basically how newspapers and magazines have been operating for decades. Plus people pay monthly subscriptions to boot.

Nobody wants to see ads within ebooks, but it could easily happen. And now if someone wants to do just that they are going to have to pay Microsoft mightily. In fact that may end up being more of a deterrent to placing advertising in ebooks than anything else.

Aside from a new partnership with Barnes and Noble, Microsoft doesn’t have their hands in any ebook hardware or software now that they’ve killed off their own ebook format and ereader software. The fact that they’ve patented contextual ads in ebooks may only come into play if someone else wants to do it.