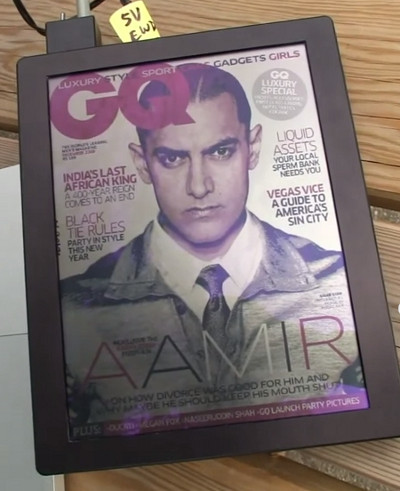 This past week Amazon purchased a company called Liquavista that specializes in an alternative type of display technology called electrowetting.

Electrowetting displays are similar to E Ink displays used on current Kindles (Kindle ebook readers, not Kindle tablets) in that they are more energy efficient than traditional LCD displays and unlike LCD they are readable under bright light. In fact the more light there is on the screen the better it looks, like with E Ink.

Liquavista’s electrowetting displays are color, unlike the black-and-white screens used on the Kindle ebook readers. This could open up the doors to color Kindles in the future with outdoor readable screens and long battery lives.

It makes sense for Amazon to buy Liquavista given the ebook reader angle. But you have to wonder if it is ever really going to amount to anything. What concerns me is that Liquavista has been around for some time now, and electrowetting displays have been mentioned many times in regards to ereader displays over the past few years, but nothing has yet to come of it. There aren’t any electrowetting displays being mass produced, so there must be some issue holding things up that isn’t being mentioned publicly.

What’s more is that Amazon bought Liquavista from Samsung. Samsung bought Liquavista a couple years back and did not bring any electrowetting displays to the marketplace, and Samsung specializes in making the displays for many types of electronics. If Samsung was unable to do anything with Liquavista, it’s hard to imagine Amazon pulling off anything drastic in the foreseeable future.

Nevertheless, it would be pretty cool if Amazon and Liquavista could get a color Kindle that uses an electrowetting display in production in the near future. Color E Ink still seems like it is far away from becoming effective enough to use mainstream.

Here’s a video from an earlier article about electrowetting that shows the display technology in action: