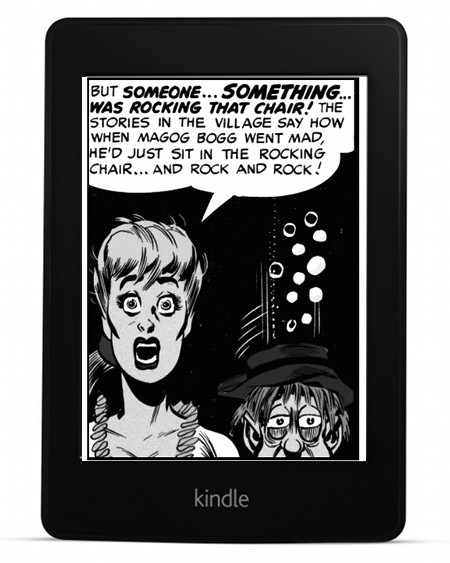 According to numerous user reports online at MobileRead and various Kindle forums, the second generation Kindle Paperwhite now comes with 4GB of internal storage space instead of 2GB. The strange thing is Amazon does not advertise this fact anywhere.

Initially only the Japanese version of the Kindle Paperwhite came with 4GB of storage space, with about 3.1GB available to users.

Then a few months ago reports started coming in about some European Kindle Paperwhites having 4GB instead of 2GB. Now the 4GB model has seemingly spread into North America as well.

What’s really strange is there is no discernible difference between the two pages. The “On-Device Storage” section on both pages now uses an ambiguous description of “Holds over 1,000 books”. Last month when I first noticed the discrepancy, the older page said something like what the user manual states “2GB internal storage, with approximately 1.25 GB available to the user”. Amazon got rid of that reference. Odd…

Lots of people didn’t like when the Kindle Paperwhite came out and it only had 2GB of storage space, with only about 1.25 usable. Older Kindles came with 4GB, so a lot of people saw it as a downgrade, even though older Kindles supported audio and needed the extra space for audiobooks and MP3s.

You’d think that Amazon would want to advertise and boast about the increased storage space. Perhaps there are still a bunch of remaining unsold 2GB models floating around out there at various warehouses and retailers and Amazon doesn’t want to commit to saying they now have 4GB because that would cause confusion and problems when someone buys an older 2GB version.

Hopefully this doesn’t mean that we won’t be seeing a new Kindle Paperwhite this fall. It doesn’t make much sense for a company to make hardware changes to a product that’s going to be discontinued in a couple of months. Perhaps the Kindle Paperwhite 2 will continue to be available in its current form and Amazon will introduce a premium model this fall, even though the earlier rumors turned out not to be true.