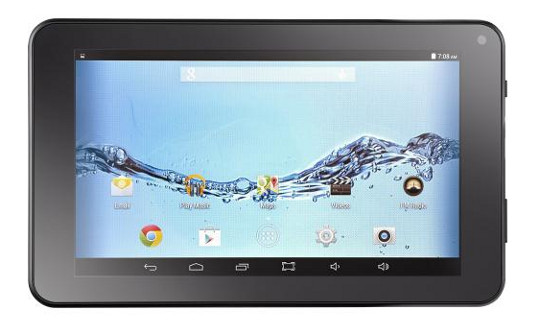 This past summer Best Buy started offering a 7-inch Android tablet with Android 4.4 for $49 called the DigiLand DL7, model DL700D. Best Buy currently has it on “clearance” for $47.

It offered decent specs and newer software for the price. A number of people left comments saying it was actually a pretty good budget tablet.

As it turns out, Best Buy has recently started selling a newer version of the DigiLand tablet, the DL701Q, that comes with a number of hardware upgrades. Even better, the price remains $49.

But you can get it for even cheaper than that on Black Friday. Best Buy’s Black Friday preview ad shows the DigiLand DL701Q for $39 and says the price is valid November 27-29, 2014.

It’s pretty surprising the number of hardware upgrades this tablet has received and yet the price remains the same. They doubled the storage space, improved the screen resolution, upgraded the processor to quad-core, and they added Bluetooth, GPS, an FM tuner and a 2.0 MP rear camera.

There’s also a 10-inch DigiLand tablet with basically the same exact specs for $99. Too bad they didn’t up the screen resolution, though.

Here’s the rundown of the specs:

If you happen to pick up one of these tablets let us know what you think in the comments section below.