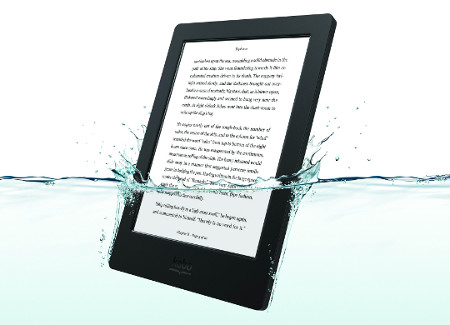 With the Kobo Glo HD set to be released in a couple of days, Kobo has issued an update to officially add support for the Glo HD to Kobo’s software.

The new 3.15 software also applies to the original Kobo Glo, Kobo Aura HD, Kobo Aura, and Kobo Aura H2O. Like usual, you can wait for the update to download and install automatically, or you can download it now from the Direct Links to Kobo Firmware thread and install it manually.

You wouldn’t know it from Kobo’s changelog because it doesn’t contain any useful information, but there are quite a few changes with the 3.15 software update.

One of the most notable changes is the fact that the Kobo Aura H2O has finally gotten support for pinch-zooming, so you no longer need to use the multi-touch patch to add it manually. Pinch-zooming works with PDFs, comics, and the web browser. Just make sure to turn off water detection for it to work. It still makes no sense that other Kobo devices don’t get pinch-zooming, though, but whatever.

Kobo doesn’t provide any information about the update, but Davidfor at MobileRead has posted notes from beta testing that includes several changes and bug fixes: