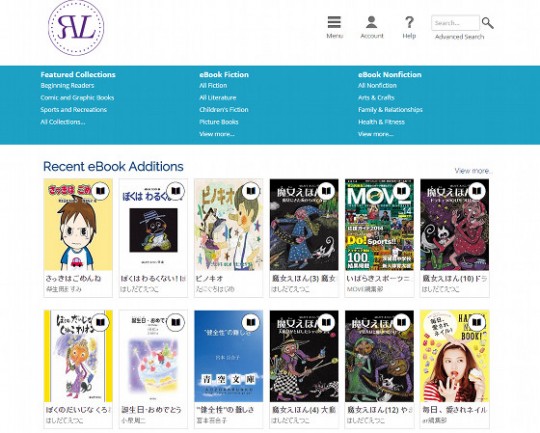 Earlier this past week, OverDrive announced that they have just launched their library lending services in Japan.

The lending program provides access to ebooks across a variety of genres, and also includes a selection of graphic novels and manga.

This is happening as a result of a OverDrive’s partnership with Media Do, an ebook distributor based in Japan, which now gives OverDrive access to a wide variety of native Japanese content, including manga, comics, magazines and graphic novels all in their original right to left format.

This move isn’t the least bit surprising considering that OverDrive was just purchased by Rakuten, a Japanese ecommerce giant, back in March of this year.

But what is kind of surprising is that there have been no noticeable changes in regards to the relationship between OverDrive and Kobo, a company that Rakuten also owns.

It’s been four months since the purchase and it’s still a pain to load library ebooks from OverDrive onto Kobo ebook readers. Many people, myself included, were hoping to see a direct tie-in between OverDrive and Kobo to make getting library ebooks onto Kobo ereaders an easier process.

Back in 2011 Sony got the idea to add direct library lending through OverDrive to the PRS-T1 ereader. It was a great feature and worked well.

It eliminated all the extra tedious steps of having to install and authorize Adobe Digital Edition onto your computer, shopping for the ebooks from your computer, downloading the ebook into ADE, and then having to transfer it to the reader using the old school USB transfer method—all of which is still required with Kobo’s ebook readers.

Being able to browse your library’s ebook collection, checking out ebooks, and downloading wirelessly all from your device directly is so much better.

Hopefully Kobo gets onboard with that idea. They never said they were planning to integrate OverDrive’s lending service on Kobo devices, but seeing as how they are both owned by the same company they should do something to streamline the lending process instead of having to route everything through a computer and ADE.

In the press release that was released with the purchase of OverDrive, Rakuten said this about Kobo and OverDrive moving forward:

Rakuten is committed to the long term continued growth of OverDrive, and to explore synergies we can provide to Rakuten Kobo’s eBook business and their other offerings for digital content.