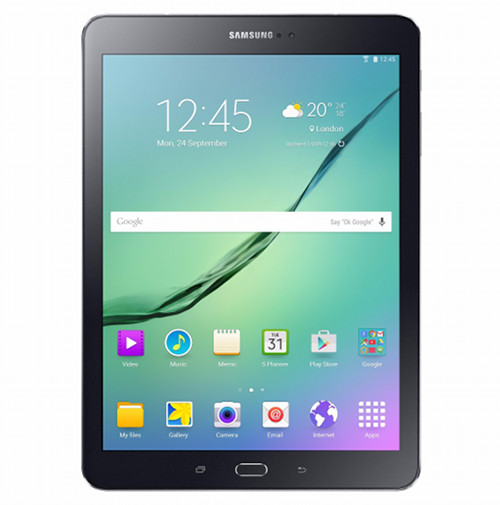 Yesterday Samsung issued a press release announcing the upcoming global release of two new tablets in the Galaxy Tab S2 line, and they just might be the best tablets ever for ereading.

There’s a 9.7-inch model and an 8-inch model. Both feature high-end Super AMOLED displays with high pixel density and an iPad-like 4:3 screen ratio with a 2048 x 1536 resolution.

Other features include a metal frame, fingerprint scanner, they come preloaded with Microsoft Office Apps, and of course they include Samsung’s multitasking feature that lets you have two app windows open at once.

These new tablets are basically premium versions of the Galaxy Tab A line released earlier this year.

Samsung is releasing a lot of tablets with 4:3 ratio screens lately. Samsung alludes on this a bit in the press release:

By recreating the same viewing experience of browsing through traditional print media, the Galaxy Tab S2 also makes it comfortable to read digital content, including e-books, magazines, webpages and newsfeeds. This reading-optimized ratio allows the user to enjoy a seamless reading experience without unnecessary scrolling.

Most Android tablet have 16:10 or 16:9 ratio screens. The iPad has always been 4:3, and it appears that Samsung wants to take a bite out of that market. Personally I’ve always felt that 4:3 is the better ratio for reading, especially in portrait mode, so it’s good to see more options hitting the market.

In the press released they mention a “Reading Mode”, which Samsung describes as a feature that adjusts the screen’s brightness level to minimize eyestrain when reading for long periods of time.

The Samsung Galaxy Tab S2 tablets comes with different wireless and storage options. Models include Wi-Fi-only, and Wi-Fi and LTE, with storage options for 32GB or 64GB (good to see they ditched the 16GB option entirely). The Galaxy Tab S2 officially get released in August. Samsung didn’t specify the prices in the press release but expect them to be pretty expensive, probably in line with the equivalent iPad models.