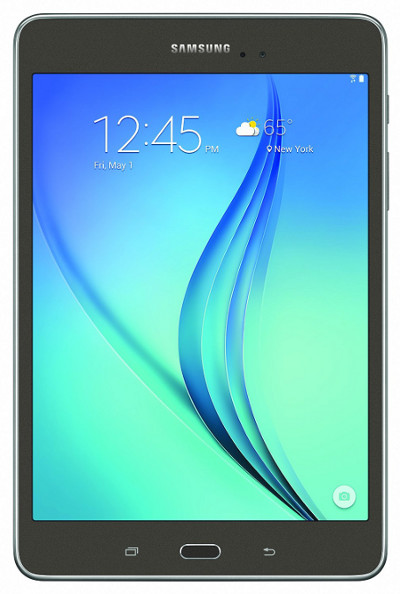 Samsung has another new set up Galaxy Tab tablets that are set to arrive next week. There’s an 8-inch model and a 9.7-inch model. They are called Galaxy Tab A tablets.

They are available for pre-order from Amazon.com and other retailers, with an official release date of May 1st. The 8-inch model sells for $229 and the 9.7-inch model is $299. Both are available in three colors: smokey titanium, smokey blue, and white.

Samsung also announced a 9.7-inch model that will come with an S-Pen for $349 that will be released on May 17th.

These new set of tablets are perplexing. The A must stand for Apple because they are basically iPad clones, which isn’t bad except they are clones of iPads from 3-4 years ago.

What’s the deal with that, Samsung?

At first I thought these tablets would be good for reading because they use 4:3 ratio screens, but unfortunately the pixel density is just too low by today’s standards.

I really liked the 7-inch Samsung Galaxy Tab 4 that I reviewed last year and was looking forward to reviewing another Samsung tablet this year, but it won’t be from the A line.

The thing with Samsung is they release like 10 different models each year, so if you don’t like what they currently have to offer, just wait 3 months and they’ll have something new out.