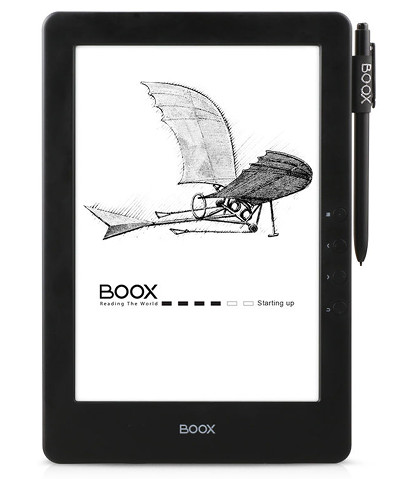 If the new 13.3-inch Onyx Boox Max is a bit out of your price range, there are a couple of really good alternatives for large-screen ereaders with the new 9.7-inch Onyx Boox N96 and N96ML.

A US distributor has started selling the N96 on Amazon and eBay for $379, plus shipping. That’s a good price considering they sell for $425-$445 from Banggood.

It’s the same seller that was selling the Onyx Boox M96 last year. They’ve since built up a 99% feedback rating at both Amazon and eBay, so that’s a big plus in their favor.

Personally I’d rather have a frontlight than finger touch but that is a tough choice. Writing on the screen with the stylus all the time could cause a problem with the light layer since they are known to wear through, so that’s probably why they can’t do all three in one.

Here are the links to the product listings for the N96 at Amazon and eBay: