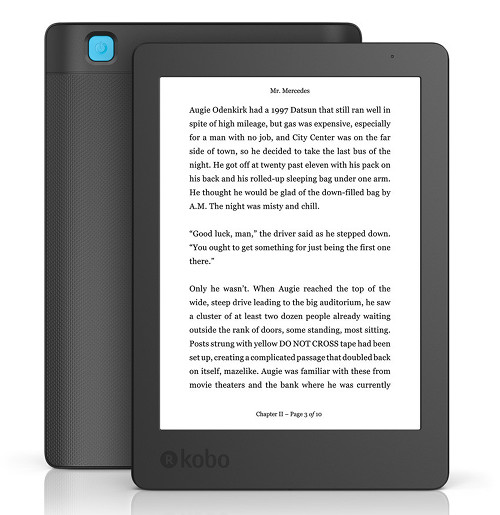 The awkwardly named Kobo Aura Edition 2 is the second generation model to the original Kobo Aura, not to be confused with the Kobo Aura One, Kobo’s new 7.8-inch model.

The Kobo Aura 2 was released in September 2016 at the same time as the Aura One, and it’s the most confusing ereader that Kobo has released. It’s basically a downgraded version of the Kobo Glo HD, which Kobo is inexplicably discontinuing in favor of it.

The thing that set the original apart was the fact that it had a premium design and a flush glass screen. The new model has neither of those qualities. In fact it’s a downgrade in more ways than one because it doesn’t have a memory card slot like the original.

The same goes for the first Kobo Glo. It basically has the same exact specs as the “new” Kobo Aura and it was released way back in 2012. The one difference is it had an E Ink Pearl screen and the Aura 2 has a Carta screen. Otherwise the specs are identical, minus the microSD card.

I found it difficult to use the Kobo Aura Edition 2 with the far superior Kobo Aura One on hand, but the smaller device does have a major advantage when it comes to portability. The compact size makes it easier to take with you places because it’s more pocket-sized and not as heavy. Having about double the battery life is a big advantage as well, and despite complaining about the downgraded screen text is perfectly legible and easy to read.

But there’s no denying the fact that the Kobo Glo HD had a better display, and the device was priced only $10 higher. You can’t help but be disappointed with the Aura Edition 2 when it’s replacing a better model. It might make good business sense for Kobo to offer a product that costs them less to make but it’s just going to push more customers away than it is going to bring in. Now Kobo has two low-end 6-inch models with no mid to higher-end version to compete with the Kindle and all the other 300 ppi 6-inch ereaders, which have become the new norm. I guess Kobo is doubling down on the popularity of their more expensive models with larger screens.