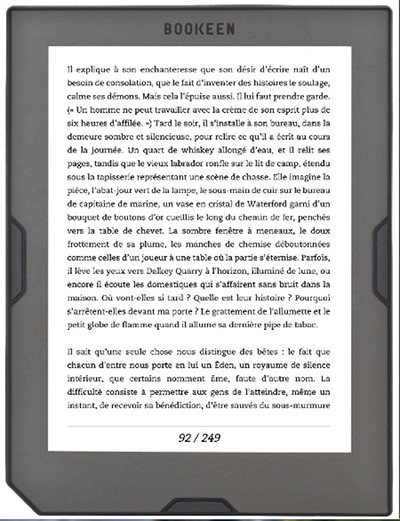 First up is the Cybook Muse Light. It’s basically the same as Bookeen’s entry-level model but with an added frontlight.

Unfortunately it only has an 800 x 600 resolution screen, so contrast isn’t going to be very good, especially with the light on.

If you want a better screen, that’s where the new Cybook Muse HD comes in.

Both models have physical page buttons in addition to capacitive touchscreens, microSD card slots, and Wi-Fi.

The Cybook Muse Light has a retail price of 89 euros and the Cybook Muse HD is 129 euros. Both are available starting October 20th from Bookeen’s website.