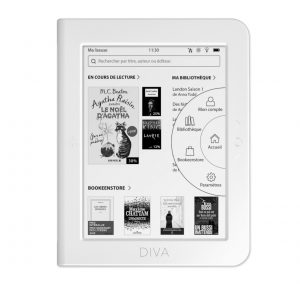 A few months back Bookeen, a long-standing ereader company based in France, released a couple of new ebook readers called the Diva and the Diva HD. They have new software and a new design that Bookeen apparently spent 3 years developing, and they’re the first ebook readers to support a new open source DRM for […] 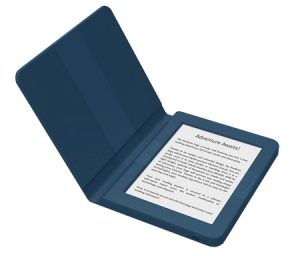 I came across a new video review of the Bookeen Saga on YouTube, posted below (it’s in French), so I decided to check Bookeen’s website and it turns out the Bookeen Saga now ships to the United States. But there’s one serious problem. Shipping costs more than the device itself. I did a test checkout […] 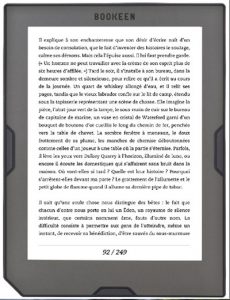 Bookeen, a small ebook reader company based in France, announced the release of two new 6-inch Cybook Muse ereaders yesterday. First up is the Cybook Muse Light. It’s basically the same as Bookeen’s entry-level model but with an added frontlight. Unfortunately it only has an 800 x 600 resolution screen, so contrast isn’t going to […] 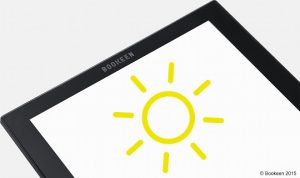 Bookeen, a small ebook reader company based in Paris, has announced that they intend to bring solar charging to ebook readers through a new partnership with Sunpartner Technologies, also based in France. The press release is slim on details, and doesn’t specify whether the technology will be used on Bookeen’s line of Cybook ereaders exclusively […] 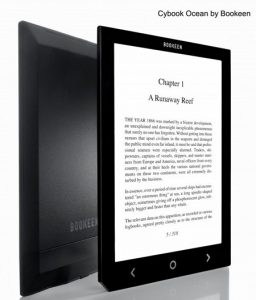 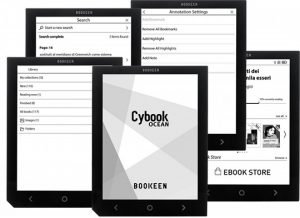 Bookeen had their latest ebook reader, the Cybook Ocean, on display last weekend at the Paris Book Fair. The device showed up in a few YouTube videos and on some European blogs for the first time since it was announced last year. The release of the Cybook Ocean has been delayed over the past few […]

For those of you that live in Europe, there will be two new choices for ebook readers this fall from Bookeen, makers of the France-based Cybook brand of ereaders. The most intriguing of the two is the Cybook Ocean. What’s unique about it is that it’s the first Cybook ereader to have an 8″ screen. […] 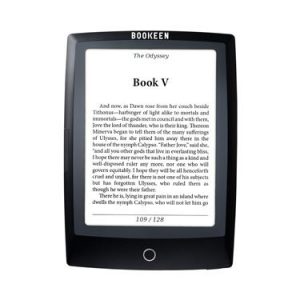 The Cybook Odyssey HD Frontlight is among the latest wave of ebook readers to come with small LED lights built into the frame to illuminate the screen for reading at night and in low light. Like the Kindle Paperwhite and Kobo Glo, the Cybook HD uses a 6-inch high-resolution 1024 x 758 E Ink Pearl […]