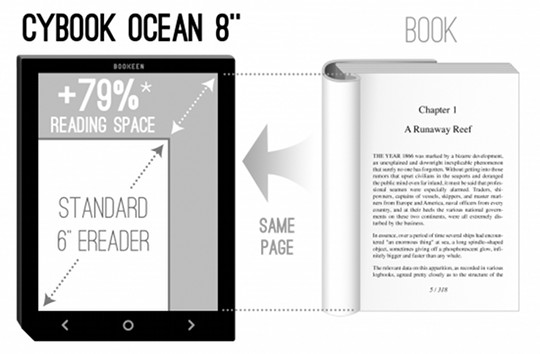 Bookeen, a French ebook reader company that has been making ereaders since 2003, announced a new lineup of devices for 2014 last week, with pre-orders starting in early November and shipments proceeding in mid-to-late November.

The new devices include a 6-inch Cybook Muse, available with and without a frontlight, and the better-late-than-never Cybook Ocean, an 8-inch ebook reader that has been delayed for over a year now.

The new devices sport an updated design with flush edge-to-edge screens, thin profiles, and they have an unusual notched lower left corner.

The interface has been updated as well with a new look and added features, and includes a new PDF mode and “ultra-optimized” Caecilia font. 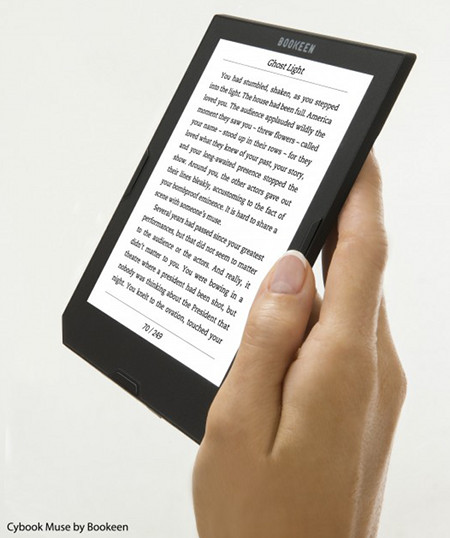 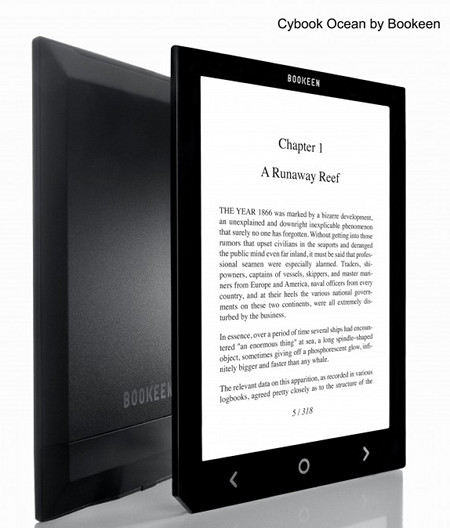 For some reason Bookeen shows prices of 129 and 99 USD respectively, which is strange because Cybook ereaders aren’t available in the US. Perhaps they’re planning to sell in the US market for a change; the press release does mention FCC approval.