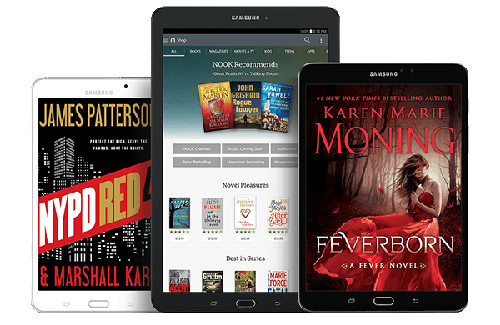 Barnes and Noble has marked down their current Nook ereader and the lineup of Nook tablets this week as part of their Black Friday sales.

The waterproof Nook Glowlight Plus that was released last year is marked down from $129 to $99.

The Samsung Galaxy Tab S2 Nook is also on sale for $369, but it’s only $30 off so it doesn’t seem like they are trying very hard to sell those.