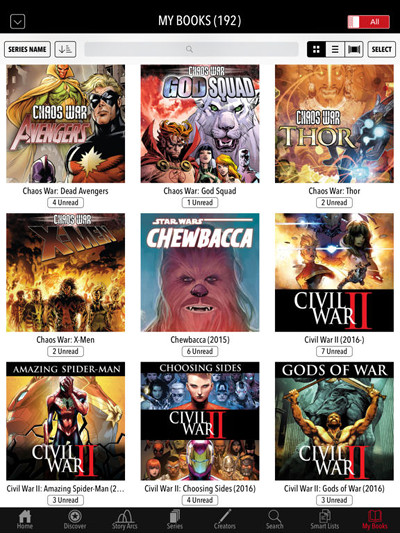 Below is a list of the top 10 iOS comic apps for iPads and iPhones to go along with the list of 10 best reading apps for iOS that I posted a couple weeks ago.

Comics have benefited a lot since the transition to digital, although the whole collectability factor goes out the window when you can’t sell a rare digital comic for thousands of dollars like you can a paper comic.

But a device like an iPad is well-suited for comicbooks and being able to have them all on a single device is handy.

There are a number of comic apps for iOS.

Some apps have a selection of free comics but obviously most are paid.

Marvel Comics – The Marvel Comics app is the most popular comic app for iOS and it includes favorite characters like Iron Man, Thor, Captain America, Spider-Man, Wolverine and more.

DC Comics – Another popular choice is DC Comics apps. It has one of the largest libraries of comicbooks, with characters like Superman, Batman, Wonder Woman, Green Lantern, and The Flash.

Transformers Comics – Includes over 500 comics centering around the Transformers universe, with movie tie-ins and adaptations, and classics from the ’80s and ’90s.

Comixology – Owned by Amazon, another popular comic app for iOS is Comixology. They offer a selection of 100,000 digital comics, graphic novels and manga from a wide variety of publishers. They also have a monthly subscription service for access to a library of curated titles.

Dark Horse Comics – Another popular option with over 4000 comics to choose from.

IDW Comics – This app has more than 3,800 in-app comics to purchase, with a selection of free books as well.