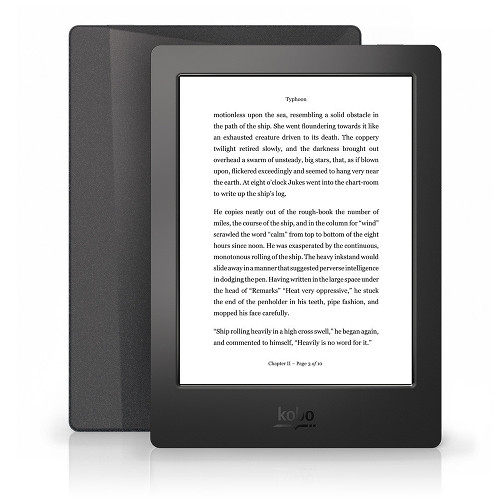 The second generation Kobo Aura H2O officially gets released tomorrow so Kobo is trying to clear out stock of the original H2O by offering a free sleepcover with it (but only from the US Kobo store).

The Kobo Aura H2O sells for $179 and the sleepcover sells for $39.99 so it’s a pretty good deal if you want both for the price of the ereader alone.

Some folks prefer the option for the microSD card on the 1st gen H2O so that’s the main reason to get it over the newer model.

They doubled the storage space to 8GB on the 2nd gen model but they removed the memory card slot.

And since the E Ink screens are the same and most of the specs are the same there’s not much difference between the 1st and 2nd gen models.

The newer version adds a frontlight with adjustable color but other than that and the newer design they’re mostly the same.

This will probably be one of the last chances to get a Kobo ereader with a memory card slot at a good price now that they’ve phased out expandable storage on all the newer models.