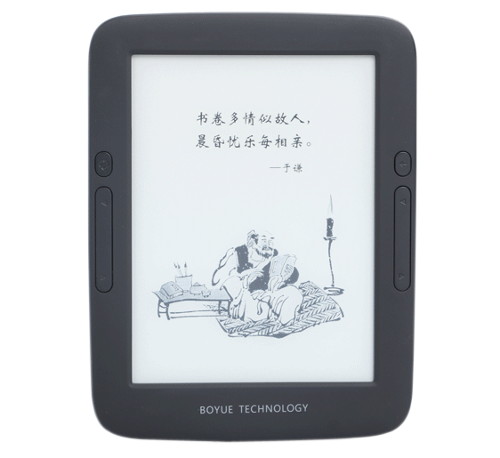 Boyue Technology has released several Android-powered E Ink ebook readers over the past few years, sometimes under other company’s names, and now they’ve got another version of the T62 that’s just turned up on Banggood.

The Boyue T62 Mega is available for pre-order for $120 USD with free shipping.

It’s expected to get released a month from now on June 22nd.

Like other Boyue ereaders, the T62 Mega runs Android 4.2.2 and can install apps. It supports EPUB and PDF and a number of other formats.

I’m not sure what makes it “Mega” but it has a 6-inch 300 PPI E Ink Carta screen with a frontlight, and it has physical page buttons on both sides of the screen like the original T62.

It features a dual core 1.0GHz processor and comes with 8GB of internal storage space and it has a microSD card slot for expansion. It also supports audio via a 3.5mm headphone jack.

The weird thing about this model is it’s not much different from the Boyue T63 JDRead that sells on Banggood for $17 more. That model has a flush glass screen and no audio support but otherwise the specs are nearly identical. The design is a lot different though.