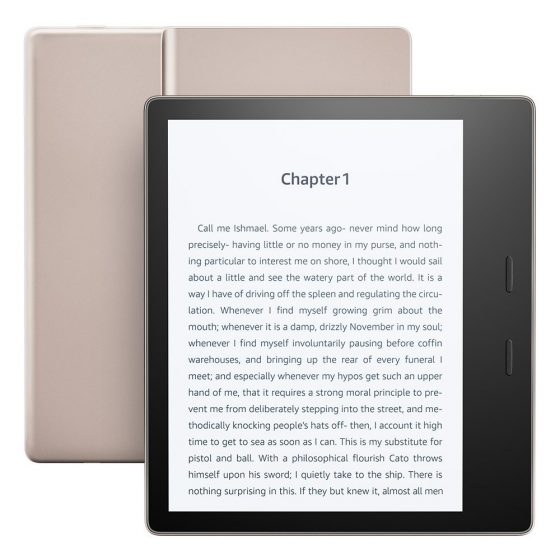 Amazon’s Prime exclusive Kindle sale that has been active for the past week has ended, but now they’ve started another new deal on the previous generation Kindle Oasis, and unlike the last sale a Prime membership is not required.

The 8GB Kindle Oasis is now marked down to $139 and the 32GB version is $169. They are certified refurbished and come with the same 1-year warranty as new Kindles.

That’s the lowest price the Kindle Oasis 2 has ever sold for, even refurbished.

One negative with the refurbished Kindles is you can’t use Amazon’s Kindle trade-in offer to get an extra 25% off when trading in an older Kindle. That deal only applies to new Kindle purchases, which includes the Kindle Oasis 2 when buying new but it’s $60 less going with a refurbished one.