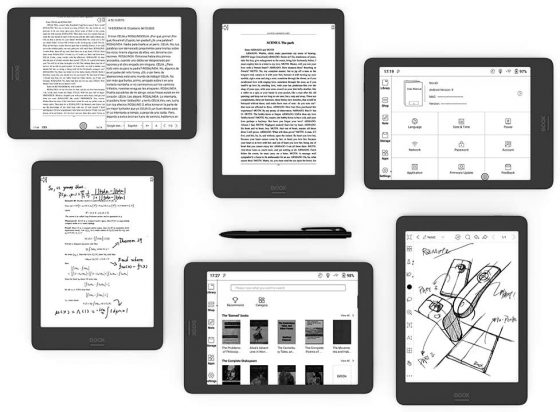 Onyx has released a new firmware update for their current lineup of Boox devices, including the Max3, the Note2, the Nova2 and the Poke2. Other models will get the update in a few weeks.

The new 2.3.1 software update adds some new features and fixes a number of bugs.

Among the changes is the ability to set different sections as the home page.

Instead of going to the Library view when hitting the home button, you can now set it to go to other areas of the interface, such as the Notes section, the App drawer, or Storage section.

Onyx also added some new customizable features to the Floating Toolbar that was added in the last update, and now it’s available in the Notes app as well.

They also added the option to have handwritten notes converted to typed notes in the NeoReader app, and they added a new Calendar Memo app, which is pretty handy. There are some new options to customize the screensaver image as well.

You can download the 2.3.1 update to your Boox device by going to Settings > Firmware Update. The download files will also be available from Onyx’s support website, but as of this writing the links haven’t been updated yet.