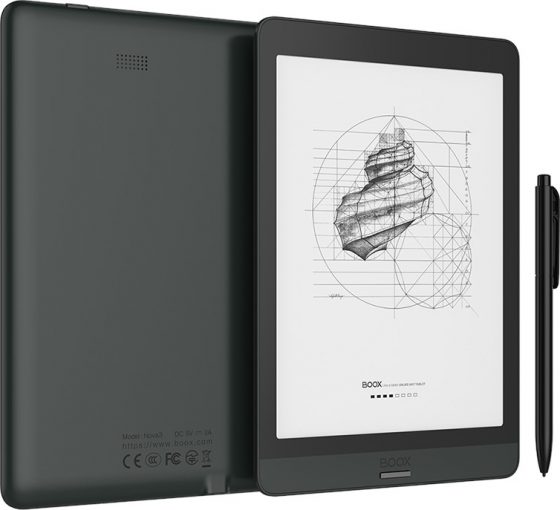 Onyx only changed a few minor details with the new models, but that’s what Onyx does. They release new models at an unmatched pace. The Nova2 was just released 6 months ago and now it’s already getting replaced, and they’ve released 8 different Note models in the past 2.5 years.

The most prominent upgrade is a faster processor that Onyx claims is 30% faster (under what circumstances they do not specify).

Here’s the list of upgrades that separates the new models from the previous generation:

Added speaker to Nova3
Upgraded faster octa-core processor
Bluetooth 5.0 instead of 4.1
LPDDR4X RAM instead of LPDDR3 RAM
Android 10 instead of Android 9

The overall size and weight remain exactly the same as before for both new devices, and all the main features remain the same too. They both have frontlights with adjustable color temperature, Wacom touchscreens for note-taking, USB-C ports with OTG support, dual-band Wi-Fi, etc.

Onyx is still selling the older models at a discount until they’re sold out so you can save some money if you don’t care about the newer features. Here’s my Nova2 review from earlier this year if you want to see one of Onyx’s devices in action. I won’t be reviewing the newer model because the review would be exactly the same—a slight speed boost won’t change anything.