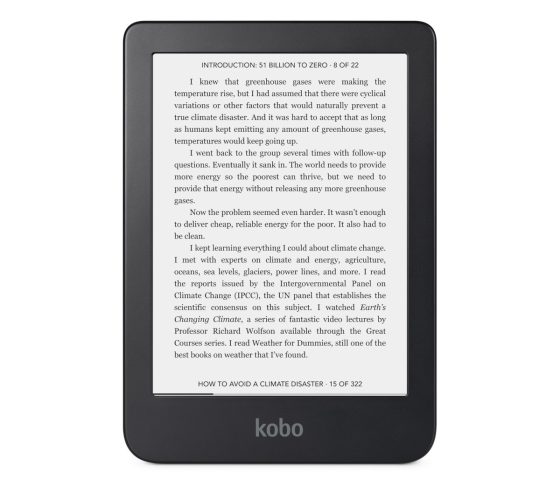 Kobo has released another software update for their line of Kobo ereaders, and it’s available for all models dating back to the original Kobo Touch (except, as always, the neglected Kobo Mini).

I thought it would just be a minor update with the new Kobo Clara 2E getting released this week, but it’s a regular update that affects all models and it even adds a few new features.

The last update added a pinch-zooming gesture to adjust font size, and now this new update adds another handy gesture that lets you quickly access the last three recently read books by swiping down from the top of the screen.

They also added a couple of new font choices that were designed for digital reading, Rakuten Sans and Rakuten Serif. Support for three additional languages was added to the interface as well, Czech, Polish, and Romanian.

There’s also a new Recently Viewed list that shows ebooks you’ve recently viewed in the Kobo store. This can be disabled in settings.

The new software version is 4.34.20097. Like usual, Kobo’s updates are rolled out in phases so it might be a while before you receive the update automatically while syncing, but you can also update manually as well.