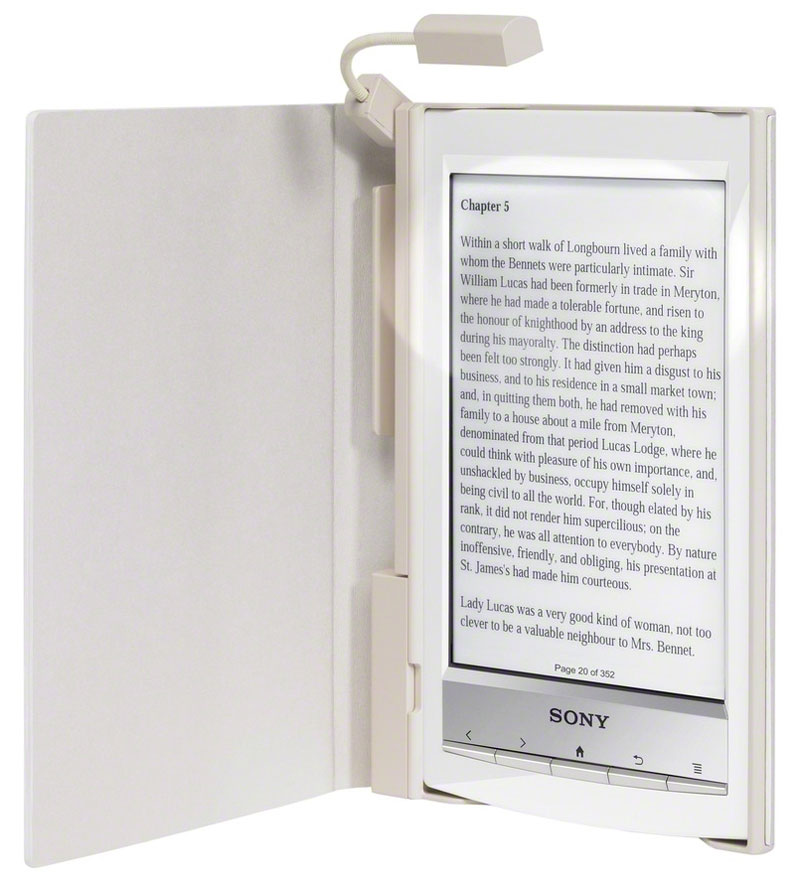 When I first opened the packaging and inspected the lighted cover for the Sony PRS-T1, I wasn’t impressed. I was expecting something of higher quality from a company like Sony, especially considering the lighted cover costs $49.

Things only got worse once I placed the Reader Wi-Fi into the cover. I immediately decided that I absolutely hated the cover and was going to send it back. I almost considered doing it that very moment, in fact.

Plus I didn’t like how far in the Reader sits behind the plastic of the case’s frame, taking away from the slimness of the Reader. And the plastic section down the center is quite large. It has to be to house the AAA battery, which was included by the way.

The fact that there isn’t anywhere to put the stylus is also a negative. If there were I’d know where my stylus is right now; I haven’t seen the poor thing in a week.

I decided to just use the cover for the time being since it serves the purpose of keeping the screen protected and clean.

A couple of weeks went by and somewhere along the line my initial impressions of the lighted cover changed from utter loathing to passive acceptance. It’s actually not that bad. I don’t love the cover but I won’t be sending it back. It does have its good qualities, it turns out.

For one, the Reader sits firmly in the case and feels sufficiently protected. The front cover is thick and the Reader doesn’t wiggle or make rubbing noises against the frame.

After breaking it in some, the front cover doesn’t have the tendency to slide up as much when folded back. And while it doesn’t have any strap or magnet to keep the cover closed, it always seems to sit flush with the front, even after being bent back for an extended amount of time.

The reading light is the best part. The LED light provides a uniform light across the screen. It doesn’t have any brightness settings, just on, but the default brightness is pleasant for reading in bed at night, it’s not too bright and not too dim. The light turns on and off automatically when retracted from the housing.

You have to situate the light bulb just right—it’s attached to a flexible neck on a pivot. If the light is situated too far forward it reflects off the glossy frame of the Reader Wi-Fi. Even when positioned back, there’s always a small line of light reflecting, but it’s not much of an issue, at least for me it’s not. I imagine the reflections aren’t as noticeable on the white Sony Reader.

The pictures below show examples. Make sure to click the picture of the white Reader at the top of this post for a closer look at how the Reader sits in the cover. It shows the details better than the picture for the black cover. 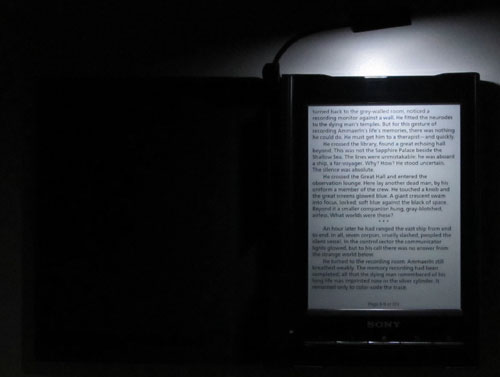 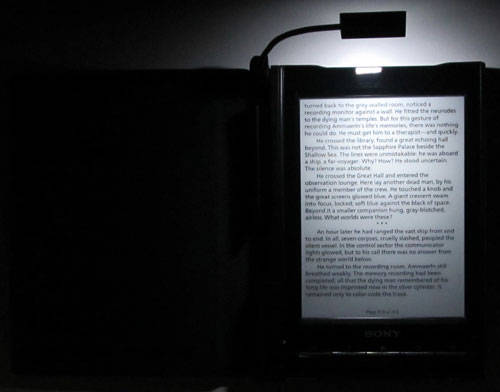