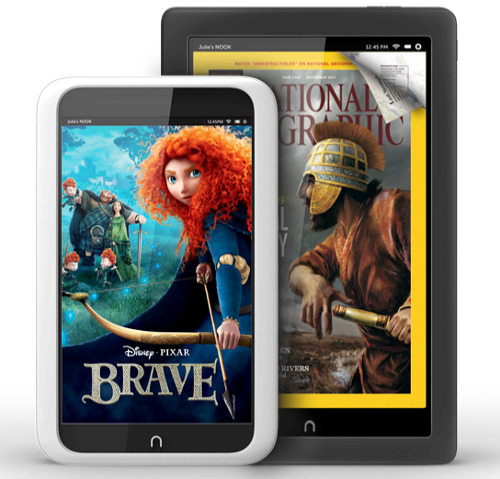 Much to my surprise, it turns out that it’s entirely possible to sideload third-party Android apps onto Barnes and Noble’s new Nook HD and Nook HD+ tablets.

But before you get too excited, B&N doesn’t make the process easy. In fact it’s pretty much a total pain in the ass, but it is possible, and other people have gotten it to work, so maybe you can too, if you really want to.

The crazy part of it is Barnes and Noble is the one offering the detailed step-by-step instructions on how to sideload apps. The directions are designed for Nook app developers, and the process apparently works on the older Nooks too (who knew?).

Basically, to sideload apps you have to use your computer to push the apk files to the Nook HD/Nook HD+ using ADB and your computer’s command line. This requires downloading and installing the Android SDK and the Nook SDK add-on.

The process doesn’t require any rooting or modding of the Nook whatsoever. The irony of it is rooting will likely be a much easier option than messing with this once the rooting packages are complete.

I came across this sideload rooting method over on a Nook HD questions and answers thread at B&N from the same person that put together the TinyNoot rooting package for the GlowLight Nook Touch.

I spent a few hours this morning going over the sideload directions and trying to get everything to work. The directions are somewhat intimidating, but none of it is really that hard to figure out, and doesn’t take very long to setup.

I got everything downloaded without any issues, but my computer simply refuses to recognize the Nook properly, even after following all the troubleshooting sections. I can’t get it to bring up the serial number no matter what I do. So I’ve decided to throw in the towel instead of wasting more time with it.

Sideloading apps this way has limitations anyway. For instance, you can’t load in an alternate appstore like Amazon because you can only use ADB to sideload apps, so if you try to install an app through another app from the device itself you’ll still get the blocked install warning.

I decided I’d rather wait for ROMs and rooting packages to come along for the Nook HD+ to get access to Google Play to bypass B&N’s limitations. In fact there’s already an early rooting method available for the Nook HD+ and Nook HD over at XDA, so future development is looking promising.