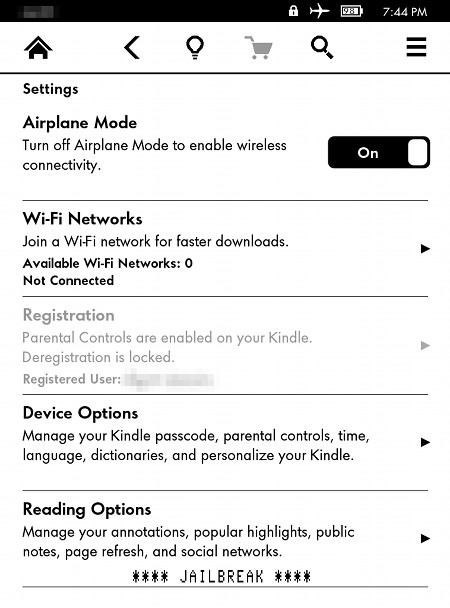 The jailbreak is even compatible with the new 5.4.2 software update that Amazon issued early last week, which is surprising.

The download and directions for the jailbreak package can be found on this thread at MobileRead.

The main crux is that it’s often hard to follow what the developers are talking about without having any programming knowledge or understanding of the vernacular.

Once the font hack is confirmed as working I might have to give the jailbreak package a try. It seems kind of ridiculous that a person has to jailbreak a device just to be able to use the fonts they want. But you know Amazon, they don’t like allowing users to have any kind of customization options whatsoever. It’s their Kindle, after all. Not yours.