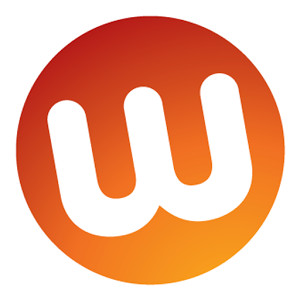 Yesterday Wowio issued a press release revealing their plans to move forward with the concept of offering ebooks for free, but with ads injected into them. They have partnered with IngramBooks to provide over 350,000 ebooks.

Wowio just launched a new ebook app for Android, and they have apps for the iPad and iPhone, as well as Windows Mobile, in the works and will release them in a few months.

Wowio plans to provide free ad-supported ebooks later this year; right now the few titles that they have available all cost money, even the public domain ebooks.

The press release makes it sound like the 350,000 titles from IngramBooks are already available from the Wowio Android app, but I tested it out and there’s maybe a few hundred ebooks at best. At this point it’s a bare bones app that needs a lot of work.

First off, it requires a phone number, among other things, to even get started. Not a good start. I used all zeros and it passed, at least. But then I was met with a wonky user interface with far fewer features than I’m used to with an ebook app.

I wanted to test out an ebook to see how the app performed, but that wasn’t really possible. Currently there are no free ebooks available. The few books that are available are by totally unfamiliar authors, aside from a few public domain ebooks. Some books have nonsensical descriptions. Free samples aren’t even long enough to get you to the beginning of the first chapter, and the two samples I tried didn’t work right—they were laggy to turn pages and sometimes reverted to displaying landscape in portrait mode.

It’s unclear what format Wowio uses because it doesn’t say anywhere. You can’t load non-Wowio ebooks into the app, at least not by any means that I could find. Instead the app seems like it’s primary purpose is to sell you ebooks, even free public domain ebooks, which makes little sense given the business model Wowio is planning to use.

According to the press release they don’t plan on offering free ad-supported ebooks until later this year when they launch the second iteration of their mobile reading app. But if they are selling them now, it would seem that they have plans to sell ebooks in addition to offering free ebooks with ads.

Details are unclear at this point; it will be interesting to see how all this turns out.

Would you be willing to put up with advertisements in ebooks if you could read them for free?