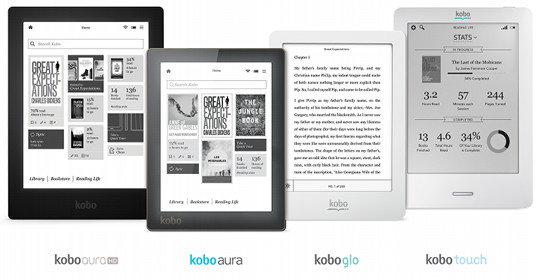 Last month Kobo released a software update for their line of E Ink ebook readers, version 3.5.0. Now Kobo has already released another new update, and somehow it has jumped all the way up to version 3.8.0.

Anyway, according to preliminary reports at MobileRead, the new software is for the Kobo Aura HD, Kobo Aura, Kobo Glo, Kobo Touch, and Kobo Mini.

The update has started to roll-out to a small number of customers, namely those that bought their devices from Best Buy Canada, and will likely continue to be released over time to everyone else as Kobo generally releases software updates gradually.

Some people are installing the new software manually with positive results. The direct links to the software update can be found on this thread at MobileRead (as I write this the first entry hasn’t been updated; the links are on page 65).

The new 3.8.0 software reportedly fixes some bugs and introduces a few new features, most notably it adds the ability to adjust frontlight brightness on the Kobo Glo and Kobo Aura HD by swiping up and down on the left side of the screen with one finger.

Here’s the list of changes and fixes Kobo told the beta testers about regarding the new software: