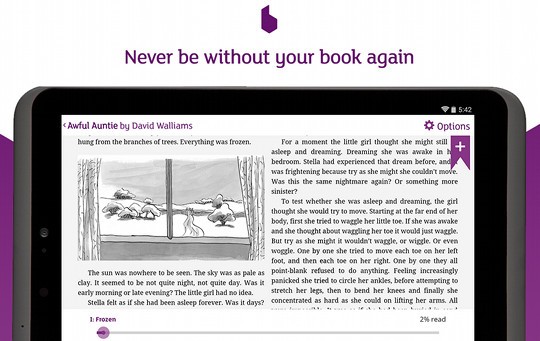 UK-based Tesco has announced that they will be closing their blinkbox branded ebook store at the end of February 2015, according to a report by The Bookseller.

“We have taken the decision to close our e-book service blinkbox Books,” a Tesco representative said. “We’ve learnt a lot since launching the service and whilst we saw encouraging levels of take up, we believe that we can do more for our customers by focusing on our core business. The service will close by the end of February.” The representative added: “Our focus now is on the colleagues affected and our customers.”

Waterstones was expected to purchase blinkbox Books but that ended up falling through, and now blinkbox customers could be left without access to their purchased ebooks.

Unlike most ebook stores, blinkbox’s ebooks cannot be downloaded and read on ebook readers or third-party ebook software; blinkbox Books can only be read using apps for iOS and Android.

According to another report by The Bookseller (which is hidden behind a pesky paywall), Kobo and Tesco are talking about possibly sending blinkbox Books customers to Kobo. That would solve the problem of providing an option for customers to retain their purchased ebook collections.

Kobo could come to the rescue yet again. When the US-based Borders ebook store went under, they sent customer accounts to Kobo. The same thing happened when Sony closed their ebook stores last year. Kobo is gaining a bit of a reputation for taking on customers from failed ebook stores. They’ve got the experience to pull it off, so it wouldn’t be surprising to see a deal reached.