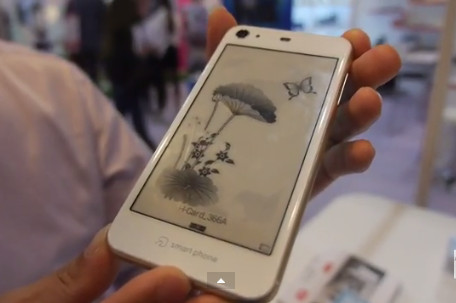 The Yotaphone 2 was the first dual screen E Ink phone to hit the market early this year; it’s expected to come to the U.S. in August through an Indiegogo crowdfunding campaign.

Now other companies are coming up with Yotaphone clones, such as the Siswoon R9 Darkmoon and Huateng Flag D1.

Both are aiming to undercut the Yotaphone’s high $550-$600 price tag. In fact the Huateng Flag D1 could go for less than half of that.

Like the other dual screen phones, the Huateng Flag D1 has a 5-inch color LCD screen on one side of the device and a 4.7-inch E Ink screen on the other side.

The E Ink screen is meant to save power and make reading easier and more pleasant in bright lighting. You can use the E Ink screen to read ebooks, emails, view pictures and messages, etc.

The specs are very similar to the R9 Darkmoon; it has the same processor, the same Android 5.0 operating system, and the same dual screens.

Production is expected to start soon. Sony is apparently interested in the device, according to the spokesman.