A couple of weeks ago I posted a roundup of 10 Free Audiobooks from Audible available through Amazon.

Those titles are still available for free, and lots of folks found some good audio titles to download, so I wanted to put together another roundup of 10 additional free audiobooks.

These audiobooks don’t have as many reviews as the first set of 10 but most are still fairly highly rated.

I also usually post a roundup of 10 free Kindle Books each Sunday so check that out if you want some free ebooks as well. 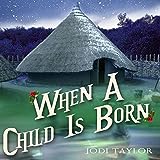 When a Child Is Born: A Chronicles of St. Mary’s Short Story by Jodi Taylor (Author), Zara Ramm (Narrator)

The time-travel series that everyone’s talking about…. Jodi Taylor’s The Chronicles of St. Mary’s is back with a short story. It’s Christmas Day 1066, and a team from St Mary’s is going to witness the coronation of William the Conqueror. Or so they think…. However, history seems to have different plans for them, and when Max finds herself delivering a child in a peasant’s hut, she can’t help wondering what history is up to…. 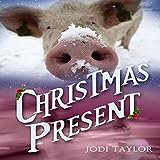 It’s Christmas Eve at St Mary’s. And all through the house. Nothing is stirring…. Except for Max, Peterson, and Markham, sneaking out at midnight for an assignment that is very definitely off the books. It was ten years ago tonight that senior historians Bashford and Grey went missing in 12th century Jerusalem. So how did they end up in AD 60 Roman Colchester? Max has a theory. Peterson has a plan. Markham has bacon sandwiches. Colchester has Boudicca and her bloodthirsty Iceni hordes. And then there’s the giant pig…the enraged, giant pig…. 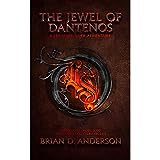 The Jewel of Dantenos: The FREE Lee Starfinder Adventure: from the World of the Godling Chronicles, Book 0.5 by Brian D. Anderson (Author), Derek Perkins (Narrator)

From the world of The Godling Chronicles.

Filled with confidence and no small measure of arrogance, young Lee Starfinder, along with Millet Gristall, set off on their very first adventure. Lee quickly discovers that life beyond Hazrah can be far deadlier than he could have ever imagined. And soon he must learn that muscle and steel cannot replace loyalty, bravery, and friendship. 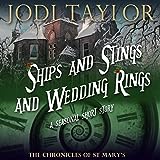 It’s Christmas again at St Mary’s and time for Max’s obligatory illegal jump. On this occasion, however, they’re right up against it. A loaded gun has been left behind in Ancient Egypt, and it’s up to them to retrieve it before anyone accidentally blows their own head off, thus affecting the timeline for centuries to come. And as if that’s not enough, someone (Max) has inadvertently poisoned Mr Markham. It’s hot, they’re running out of supplies, they can’t find the gun and it’s all going horribly wrong. Again. 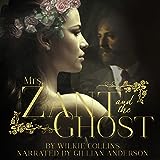 Mrs Zant has recently lost her beloved husband, and while walking in the Kensington Gardens, the spot where she and her deceased husband declared their love for each other, she feels his presence trying to warn her of some coming danger. Mr Rayburn witnesses it all, and he’ll have to fight his own incredulity regarding the supernatural and his gut feeling that the disturbed young woman is telling the truth. Brought to life by Golden Globe Award-winning actress Gillian Anderson (The X-Files), Mrs Zant is the perfect Victorian ghost story. 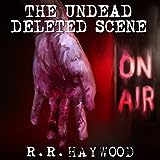 After a tense day of fighting off a horde of Undead, Howie and his group of survivors must find shelter before night falls. Moving through a desecrated town, they come across an industrial estate, break into a low building and find themselves in an abandoned radio station. They decide to record their voices for posterity. Meet Howie, Dave, their group of survivors and Meredith the dog in this free, exclusive Audible short. 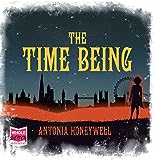 At 11 Lalla should be enjoying her childhood in London. But this is not London as we know it. In a collapsed society, Lalla struggles to imagine her future. When a government announcement invites her to enjoy a new life in Regent’s Park, Lalla sees a glimmer of hope. But what is she willing to risk? The Time Being is the short-story prequel to The Ship by Antonia Honeywell, if you enjoyed this, you’ll love the full-length novel sequel. 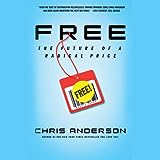 FREE: The Future of a Radical Price by Chris Anderson (Author, Narrator)

The New York Times best-selling author heralds the future of business in Free. In his revolutionary best seller, The Long Tail, Chris Anderson demonstrated how the online marketplace creates niche markets, allowing products and consumers to connect in a way that has never been possible before. Now, in Free, he makes the compelling case that, in many instances, businesses can profit more from giving things away than they can by charging for them. 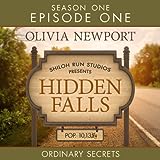 Thirty years of small-town secrets – now the key to the mystery is gone. The small town of Hidden Falls is abuzz. Former students, friends, and loved ones are prepping for tonight’s big event to honor Ted Quinn’s many years of compassionate service. Quinn is reluctant about a night in the spotlight – but is tenderly prodded by Sylvia, mayor of Hidden Falls and Quinn’s dearest friend and confidante…. 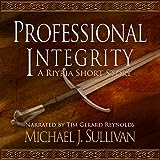 Several years have passed since the war-weary mercenary Hadrian and cynical ex-assassin Royce joined forces to start their thieves-for-hire organization better known as Riyria. Things have gone well enough for the team as they do “jobs” for various nobles throughout Elan. Usually that means stealing something, but when a young heiress asks them to steal her…well, that’s a first for the pair. All is not as it seems, but Royce is determined to get the bottom of what’s actually going on. After all, he has his professional integrity at stake.