On Sundays I usually post a roundup of 10 free Kindle Books but I thought today I’d change things up and post a list of 10 free audiobooks instead.

I forget that you can often find free audiobook titles from Audible. A lot of them are short stories or add-ons to other books in the series.

Some of the freebies have really good reviews, so I rounded up some of the more popular ones.

You need an Audible account but you don’t need an active subscription to get these free audiobooks (they’ll try and trick you into signing up so be careful).

There’s also this free audiobook copy of Pride and Prejudice that Amazon is giving away for the rest of this month, so I guess technically it’s 11 free audiobooks. 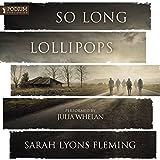 So Long, Lollipops: The Free Until The End of the World Novella by Sarah Lyons Fleming (Author), Julia Whelan (Narrator)

This novella contains major spoilers from the novel Until The End of the World. It’s suggested you read the novel before you hear So Long, Lollipops. Unless you’re someone who likes to read the last page of a book first – in that case, enjoy! Peter watched his new family drive away, certain it was the last time he’d ever see them. But sometimes plans go awry in the best way. Now, the plan is to get back to them. But sometimes plans go awry in the worst way. Sometimes the only plan is to believe it will be all right, even when it’s almost impossible to believe. 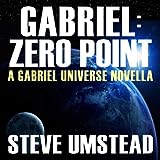 Evan Gabriel wasn’t always a feared and respected North American Federation Navy Commander. Before dangerous missions to the ice-bound planet of Poliahu, the deadly jungle world of Eden, and politically corrupt Mars, he was a simple recruit, fighting to make his mark in the elite Naval Special Forces…and was part of a top-secret military experiment that would change his life forever. Zero Point tells the tale of a young man faced with difficult choices and dangerous trials. Fans of the series will see part of the mysterious past Evan Gabriel carries with him, while listeners new to the series get a preview of what is to come in a military man’s haunted life. Zero Point is the true beginning of Evan Gabriel, and his story is just getting started. 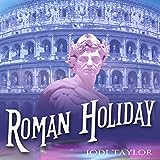 Another rollicking short story from the Chronicles of St Mary’s author Jodi Taylor. Question: What sort of idiot installs his mistress in his wife’s house? Especially when that mistress is Cleopatra VII Thea Philopator, queen of Egypt and the most notorious woman of her time? Answer: Julius Caesar – poised to become king of Rome. Or as good as. Question: At this potentially sensitive point in your political manoeuvrings, who are the last people you’d want crashing through the door, observing, recording, documenting…? I think we all know the answer to that one. Roman Holiday – an epic, standalone tale set in Ancient Rome, 44 BC, featuring, in no particular order: an attempted murder; stampeding bullocks; Cleopatra, queen of the Nile; a bowl of poisonous snakes; a smallish riot; Julius Caesar; and Mr Markham’s wayward bosoms. 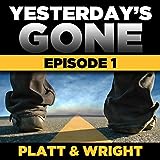 Start the First Season of the Groundbreaking Post-Apocalyptic Serial! Yesterday’s Gone: Season One: Episode 1. WARNING: This is a post-apocalyptic horror audiobook where bad people do evil things, and as such, this series features disturbing scenes and foul language. While it is all within the context of the story, some listeners may find this content offensive. Can humanity survive what it never saw coming? 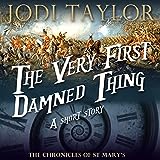 Jodi Taylor reads the long-awaited prequel in her Chronicles of St Mary’s series, as Dr Bairstow struggles to set up St Mary’s as we know it in a world still scarred by the ravages of civil war. Ever wondered how it all began? It’s two years since the final victory at the Battersea Barricades. The fighting might be finished, but for Dr Bairstow, just now setting up St Mary’s, the struggle is only beginning…. 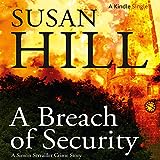 When a bunch of neo-fascist thugs named The Bulldogs attack a Gay pride march in the sleepy country town of Lafferton, detective Simon Serrailler moves quickly to find the assailants. He’s already got his hands full making security arrangements for a memorial service to honour soldiers returning from Afghanistan. When anonymous threats come in, Serrailler wonders if the Bulldogs are behind these too – and worries that they know the Prince of Wales will be in attendance. As the day approaches, the threats intensify, and Serrailler finds himself racing against the clock to prevent catastrophe…. 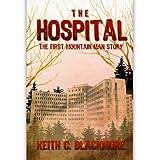 “Mountain Man” Augustus Berry is a survivor in undead suburbia. He scavenges what he can from what’s left over. He is very careful in what he does and where he goes, taking no chances, no unnecessary risks, and weighing every choice…until he decides to visit the hospital at the edge of town, and experiences terror the likes he’s never encountered before. A short story of approximately 9,500 words. The first story of the “Mountain Man” series. Contains language and graphic violence. If you enjoy this, check out the rest of the series. 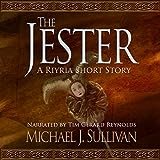 Stop me if you’ve heard this one. A thief, a candlemaker, an ex-mercenary, and a pig farmer walk into a trap…and what happens to them is no joke. When Riyria is hired to retrieve a jester’s treasure, Royce and Hadrian must match wits with a dwarf who proves to be anything but a fool. Difficult choices will need to be made, and in the end those who laugh last do so because they are the only ones to survive. 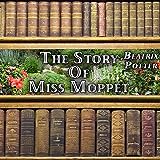 The Story of Miss Moppet is a children’s book written and illustrated by Beatrix Potter.

The story tells of a cat who captures a mouse, and toys with him until he escapes.

This version is published in the Audible Enhanced audiobook format. 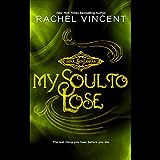 It was supposed to be a fun day, shopping at the mall with her best friend. Then the panic attack started and Kaylee Cavanaugh finds herself screaming, unable to stop. Her secret fears are exposed, and it’s the worst day of her life….Until she wakes up in the psychiatric unit.
She tries to convince everyone she’s fine – despite the shadows she sees forming around another patient and the urge to scream that comes burbling up again and again. Everyone thinks she’s crazy. Everyone except Lydia, that is. Another patient with some special abilities…