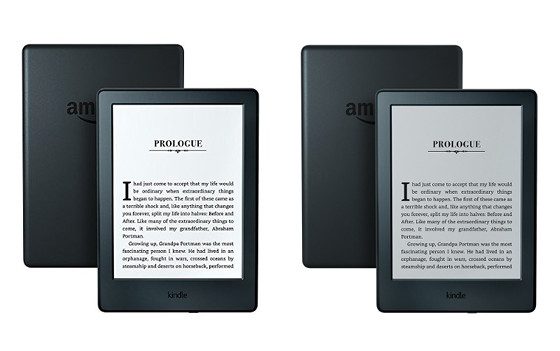 I was over at Amazon this morning trying to figure out something to write about when I noticed that the pictures seemed somehow different for the new Kindle than I remembered them being the last time I looked.

After some investigating, it turns out that Amazon has indeed gone through and changed most of the pictures for the new entry-level Kindle on the description page to make the screen look darker.

The picture at the top of this post is just one example of many.

They also added a note directly below the bullet point description that says, “Planning on reading in low-light settings?”, which points out the other Kindle models have built-in lights.

The new pictures are a lot more accurate. That’s actually what the Kindle’s screen looks like with the old screen tech that it uses with no frontlight. In fact the low resolution, dark gray screen is the #1 complaint on my Kindle review.

Amazon is probably trying to minimize the number of negative reviews at this point. There are a number of complaints about the screen. Currently the new Kindle has a 3.8 star rating, with over 20% of reviews just one or two stars.

Personally I think it’s time for Amazon and Kobo to ditch non-frontlit ereaders altogether but that’s probably not going to happen anytime soon. Unless you’re reading in bright sunlight, frontlit screens are far superior and a lot more enjoyable to read books on, and it’s not like you’re required to have the light on if you don’t want it on.