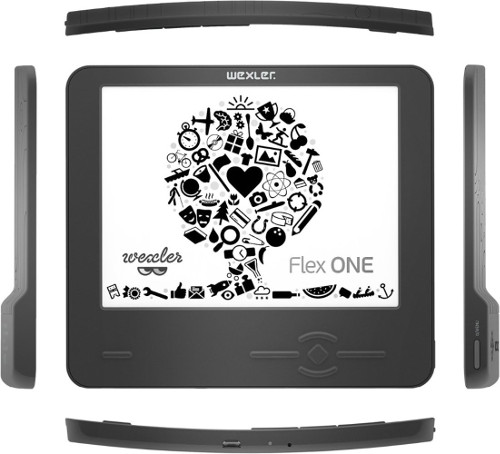 A lot of people were hoping that the new Kobo Aura One would come with an E Ink screen that uses a plastic-based substrate instead of glass, but unfortunately that’s not the case.

So when will ebook readers start using plastic screens?

Generally when you think of plastic you think of cheaper quality but when it comes to E Ink screens plastic is actually better.

The benefit of E Ink screens that have plastic substrates is increased durability and lower weight.

Currently E Ink screens are made out of glass, which is very thin and easily prone to cracking.

In fact the number one reason for premature ereader death is a broken screen. E Ink screens are a lot more fragile than tablet or cell phone screens. For that reason they should not be tossed into a bag or backpack with other items, and a good cover is pretty much required to help protect the screen.

Kindle and other ereader screens can be replaced when they break, but it’s not an easy process and the cost of a replacement screen isn’t a whole lot less than buying another ebook reader, especially a used or refurbished one.

E Ink screens have pretty much reached their peak in terms of resolution; there’s no need for more than 300 ppi. Beyond that it’s just a waste of battery power. For example, the Kindle Paperwhite 2’s battery life is rated to last 33% longer than the Paperwhite 3—the only difference being the screen on the Paperwhite 2 has 212 ppi and the Paperwhite 3 has 300 ppi.

So the next big advancement in ereader screens is likely to come in the form of increased durability and lower weight—two hugely important factors when it comes to dedicated ebook readers.

A few ereaders already have flexible plastic-based screens. The Sony DPT-S1 and Onyx Boox Max are two examples of 13.3-inch ereaders with plastic screens. With a screen that large they pretty much had to use a plastic screen or it would’ve been super fragile and very heavy.

There was a 6-inch ereader called the Wexler Flex One that was released several years ago. It used a flexible plastic screen developed by LG, but the screens reportedly had a high rate of failure during manufacturing, so they were discontinued and never spoken of again.

Perhaps E Ink is having similar problems with smaller plastic-based screens. Or maybe the cost is just too high compared to what they are using right now. Either way there has to be a good reason we haven’t started seeing flexible E Ink screens getting released when they are so clearly superior to glass screens from a durability and weight standpoint. It’s time for E Ink to finally make a big improvement to their screens instead of releasing new screens with marginally better contrast every few years.