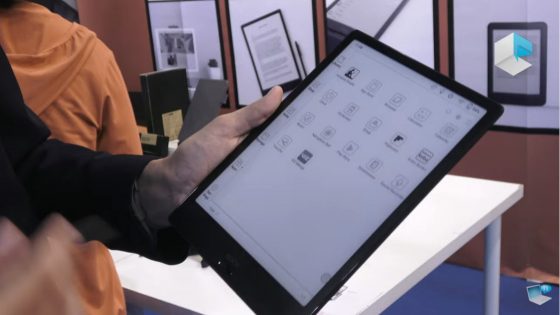 Onyx has a new 10.3-inch Note 2 model that has been revealed at a trade show in Hong Kong.

The new Note 2 is basically a combination of the Note Pro and the new 13.3-inch Onyx Max3. It has the same exact design as the Note Pro, but with a different-colored backplate, and it has most of the upgraded features found on the Max3, minus monitor support.

Like the Max3, the Note 2 has a Qualcomm octa-core 2.0GHz processor with 4GB of RAM and 64GB of internal storage space.

Support for 5GHz WiFi has been added as well, and the battery is slightly larger at 4300 mAh.

Onyx has a tendency to release new models frequently, so the Note 2 isn’t much of a surprise now with the Max3 out, but the Onyx Boox Note Pro has been on the market for less than 6 months and now it’s already getting replaced.

Since Onyx has already said they would be updating the Note Pro to Android 9, the main things the new Note 2 adds is USB OTG support, 5GHz WiFi support, and they’re switching from a quad-core processor to an octa-core processor.

Is it really worth releasing a new model for that?

As noted in the Max3 vs Note Pro comparison review, the Max3 isn’t even faster than the Note Pro with the quad-core processor and Android 6 when using the ebook app or the web browser so is it really better? Perhaps that’s just because of the larger screen, but it’s not like there’s a big difference either way.

In the video he says the Note 2 (a name that makes no since considering it’s the 5th or 6th different Note model they’ve come out with in the past two years) will be released in November (so probably December or January). There’s no word yet on pricing.