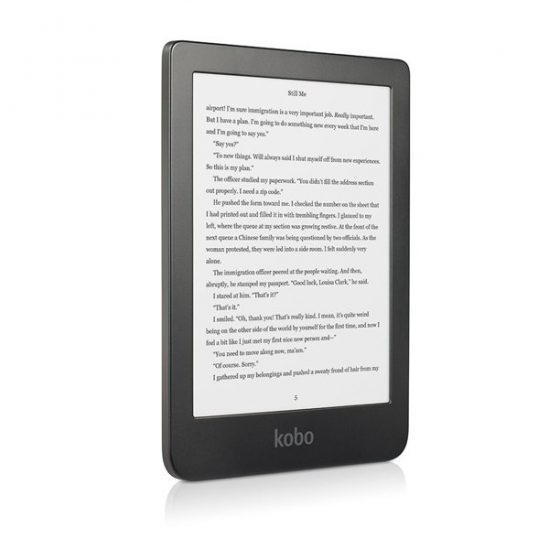 The 6-inch Kobo Clara HD is sale for under $100 again but it’s not on sale from Kobo.

Walmart recently got some more Kobo ebook readers in stock, and now they’ve got the Kobo Clara HD marked down to $99.96 with free 2-day shipping.

It’s not being advertised as a sale but the regular price is $119.

$20 off isn’t a major discount but whenever a nice mid-level ebook reader goes on sale for under $100 it’s worth mentioning, especially since you don’t have to pay an extra $20 to get rid advertisements like with Kindles.

The Kobo Clara HD is a 6-inch ebook reader with a 300 ppi E Ink screen. It has 8GB of storage, a micro USB port, a capacitive touchscreen, and it has a frontlight with adjustable color temperature. It’s not waterproof like some other models, and it lacks page buttons, but it’s small and lightweight and highly portable.

See my Kobo Clara HD review for a closer look at the device and to see it in action.

The Clara HD is a step up from the yet-to-be-announced Kobo Nia. Hopefully Kobo doesn’t decide to discontinue the Clara HD in favor of the inferior Kobo Nia. It sounds crazy but that’s exactly what happened to the Kobo Glo HD after the Kobo Aura 2 was released. They took a model with a 300 ppi E Ink screen and a microSD card slot and replaced it with a model that had a 212 ppi screen and no memory card slot.