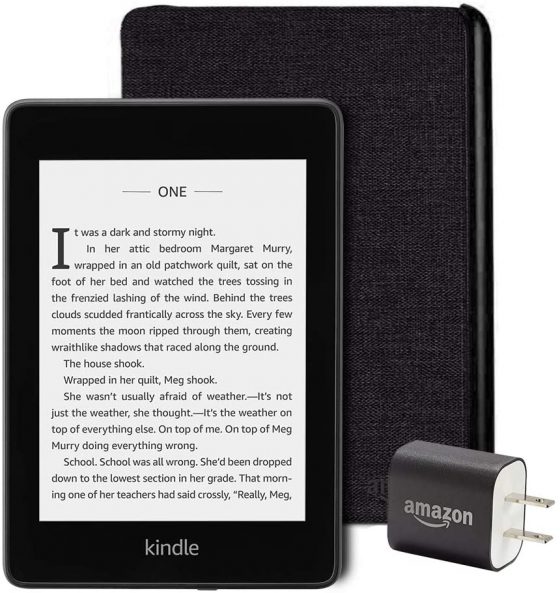 Prime Day doesn’t officially kick off until next week, but Amazon has already rolled out some early deals on Kindle bundles for Prime members.

The bundle deals come with a cover and a USB wall charger, and the savings range from $45-$70 off the regular prices when purchasing everything separately.

Usually Kindle bundle deals aren’t as good as they seem because they inflate the savings by including a $20 wall charger that probably cost 20 cents to make, but this time around the deals are at least worth considering.

However, the bundle deals on the entry-level Kindle aren’t quite as good. Assuming the Prime Day price will be $59 like last year, you’re basically paying full price for a cover and $5 for a USB adapter. You can get a lower price by going with a refurbished Kindle for $49 and buying the cover separately, but if you want a USB charger you’re better off getting the bundle deal.

If you don’t want one of Amazon’s official Kindle covers you might want to hold off until Prime Day to get a Kindle separately at a discounted price. Last year Amazon has Kindle covers on sale for a few bucks off so unless you need a wall charger you’re probably better off buying a Kindle and a cover separately instead of getting a bundle.

Below is the list of deals that Amazon added today. A Prime membership is required to get the discount. If you don’t have Prime you can always signup for a free 30-day trial.