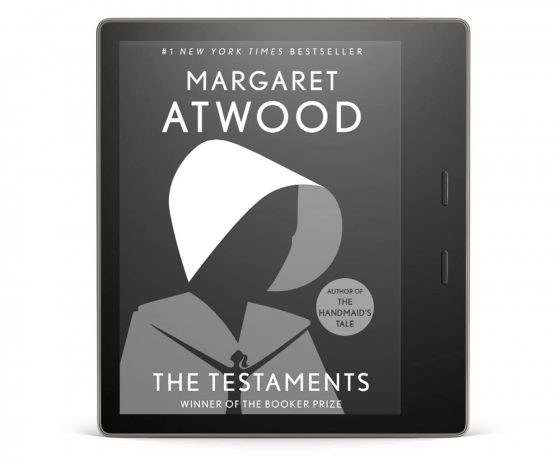 Both of my ad-free Kindles finally got the option to display book covers on the sleep screen today so it looks like the May 17th rumor that’s been circulating on reddit might be true.

If so, then pretty much everyone who has an ad-free Kindle should have the book cover setting now, provided you have an eligible model (Kindle Voyage or newer) and at least firmware version 5.13.4 installed.

If your Kindle still doesn’t have the Display Cover option available at the top of the Device Options menu, then try restarting your Kindle.

Both my ad-free Kindles didn’t have the setting this morning, but then after a restart this afternoon both have the option to display cover art. Neither gave any indication about the new feature, but the setting appeared under Device Options.

The new feature first started to appear on select Kindles in India and Mexico over 5 weeks ago. Then 4 weeks ago Amazon put up a page explaining the new book cover feature and listing eligible Kindles, so most of use figured the release was imminent, but it’s been a slow rollout since then.

Amazon has also changed how ads appear on Kindles with Special Offers. They are now using more targeted ads and recommendations, which also display a book cover when turning the Kindle on.

It might not seem like much to some, but having the option to display book covers on the lockscreen when the Kindle is turned off has been one of the most requested features since Kindles were first introduced. It’s nice to see Amazon finally add it, even if the rollout was a bit slow.