Apple issued a press release this morning announcing that nine more countries have been added to the iPad’s accepted list. The press release states that people in the countries listed below can buy all models of the Apple iPad starting this Friday, July 23rd from Apple retail stores and Apple Authorized Resellers. Oddly, it does […] 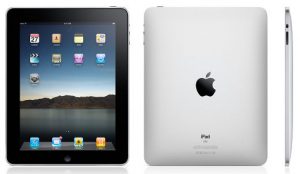 I find it interesting that Amazon continually refuses to divulge sales figures for the Kindles, and yet nobody can get Apple to shut up about their sales figures. Apple issued a press release today announcing that they’ve sold 2 million iPads in less than 60 days, which is pretty amazing considering the iPad has been […]

Today marks the official release of the Apple iPad in 9 more countries: Australia, Canada, France, Germany, Italy, Japan, Spain, Switzerland and the UK. Here’s a round-up of some news stories covering the Apple iPad release from around the web: Australia Tech-heads take the tablets as iPads finally go on sale – The AustralianApple estimated […]

The Wattpad app for the iPad and iPhone has been updated for the International iPad launch. Wattpad is a community of readers and writers that share their work and give feedback in a social media setting. Wattpad has over 100,000 free ebooks available for download.

Apple issued a press release today confirming the release of the Apple iPad in Australia, Canada, France, Germany, Italy, Japan, Spain, Switzerland and the UK on Friday, May 28, with pre-orders starting on May 10th from the Apple Store. Additionally, Apple announced 9 more countries to get the iPad's release in July. These 9 countries […]