Ever since Amazon announced the Graphite Kindle DX, the first ebook reader to have the new Pearl display from E Ink, the issue of higher contrast has been getting a lot of attention.

All the press releases regarding the new Kindles, along with Amazon’s website, and E Ink themselves state that the new Pearl displays have 50% improved contrast over the Vizplex screens that have been widely used on most ereaders up until now.

Shortly after the Kindle DX was released, there were comparison pictures all over the web showing the new DX next to the old DX and the difference was obvious.

But what about the fact that all Vizplex screens are not created equal.

Despite the fact that all the screens come from the same manufacturer, E Ink, there seems to be subtle differences in appearance from ereader to ereader. The Nook, for instance, appears to have a slightly whiter background than other devices.

The type of font an ereader uses makes a big difference as well. Take the Kindle 3 and new Sony Pocket.

Even though they both use the new Pearl screens, the contrast on the Sony Pocket doesn’t appear as good because Amazon’s font is bolder. Here’s a close-up picture of the two next to each other from the PRS-350 review.

To make things interesting, it appears that the newer Vizplex screens are better than the ones they were using a year or two ago. So comparing the new Kindle DX with the original when it first launched really isn’t a good comparison.

A good comparison would be between a brand new Vizplex screen and the Sony PRS-350, since the Kindle uses Amazon’s proprietary “waveform and font technology” that seems to account for just as much of the contrast increase as the actual screen itself. Luckily, I happen to have a brand new ereader with a Vizplex screen, the MReader from Pixelar, to compare with the new Sony Pocket—and I’m quite surprised by the results.

Take a look at these close-up pics. Make sure to click them for full size. This first picture shows both ereaders using a similar font type and size. Keep in mind that I’m a novice photographer with a cheap camera so the difference between the two is a little more noticeable in person, but not by much. 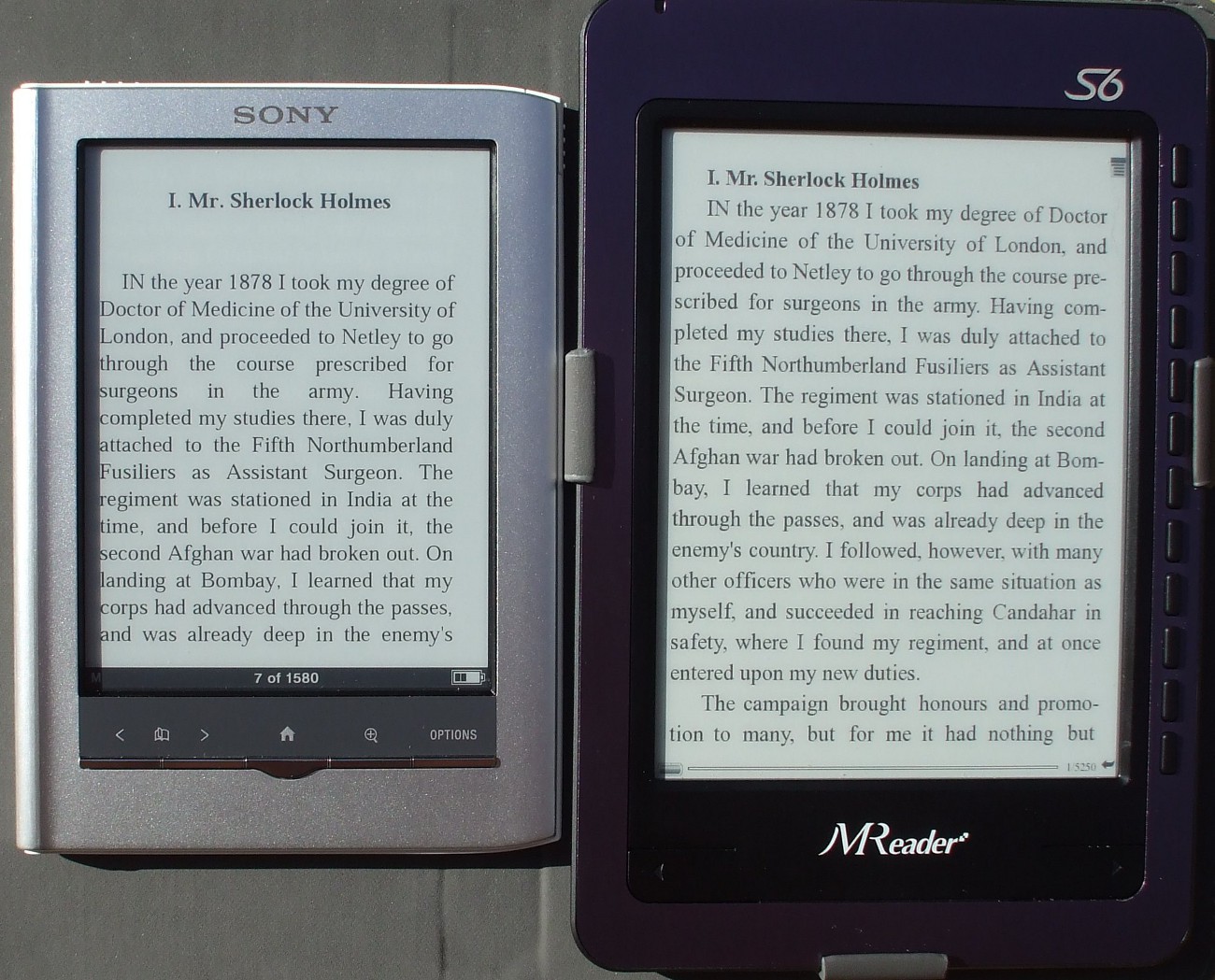 Now take a close look at this picture. The MReader uses FBReader and can change font type and font weight on DRM free ebooks. This picture shows the MReader with Arial font on the bold setting. 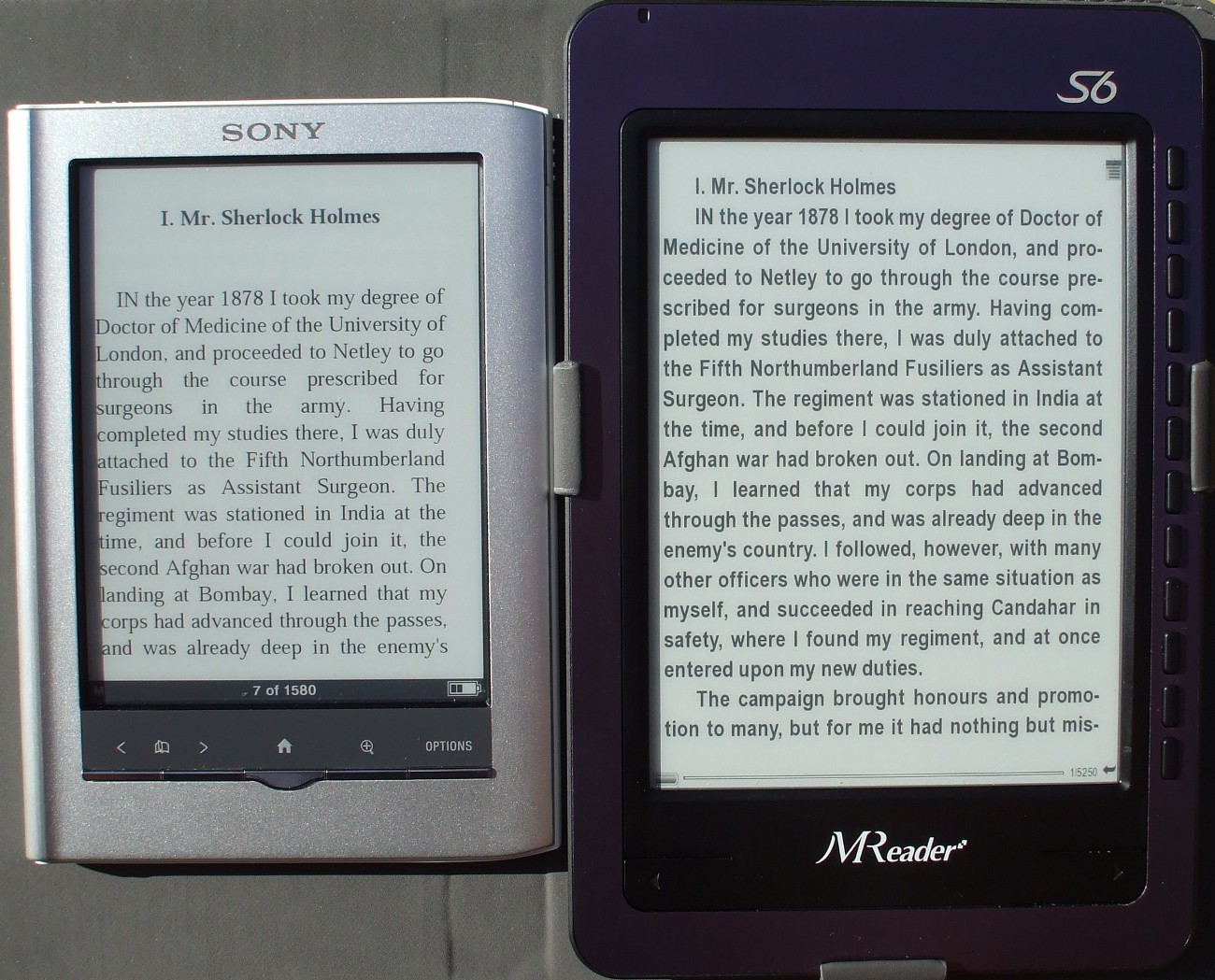 This picture below is probably the best one for comparing the difference between the two screens. I’ve used Calibre to override the CSS in this ebook on the Sony to use the same bold Arial font as on the MReader. As you can see, the PRS-350’s text is certainly darker, but it’s not enough of a difference to throw the Vizplex screen to the wolves. 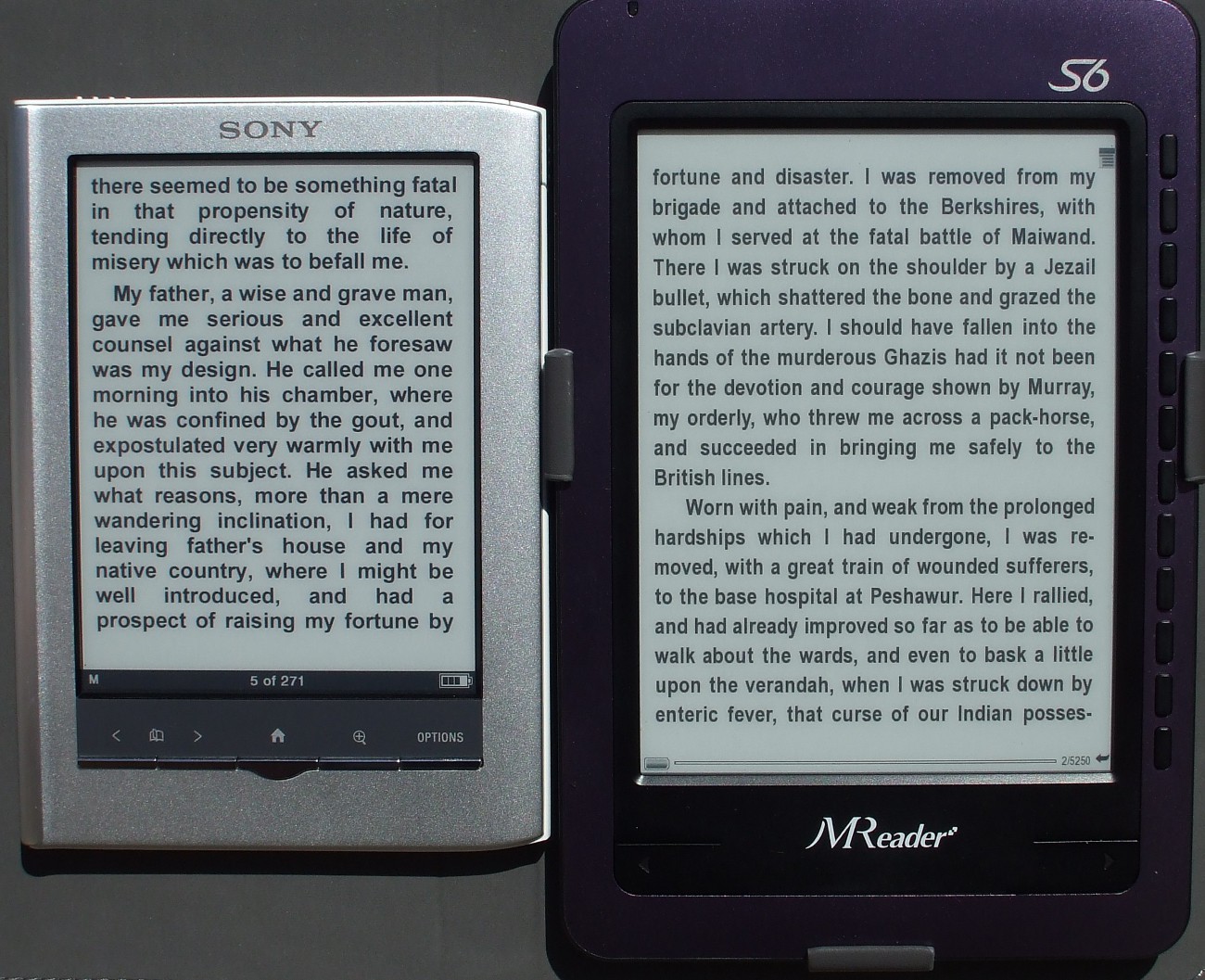 Just for comparisons, here’s the MReader with the bolder font next to the Kindle 3. 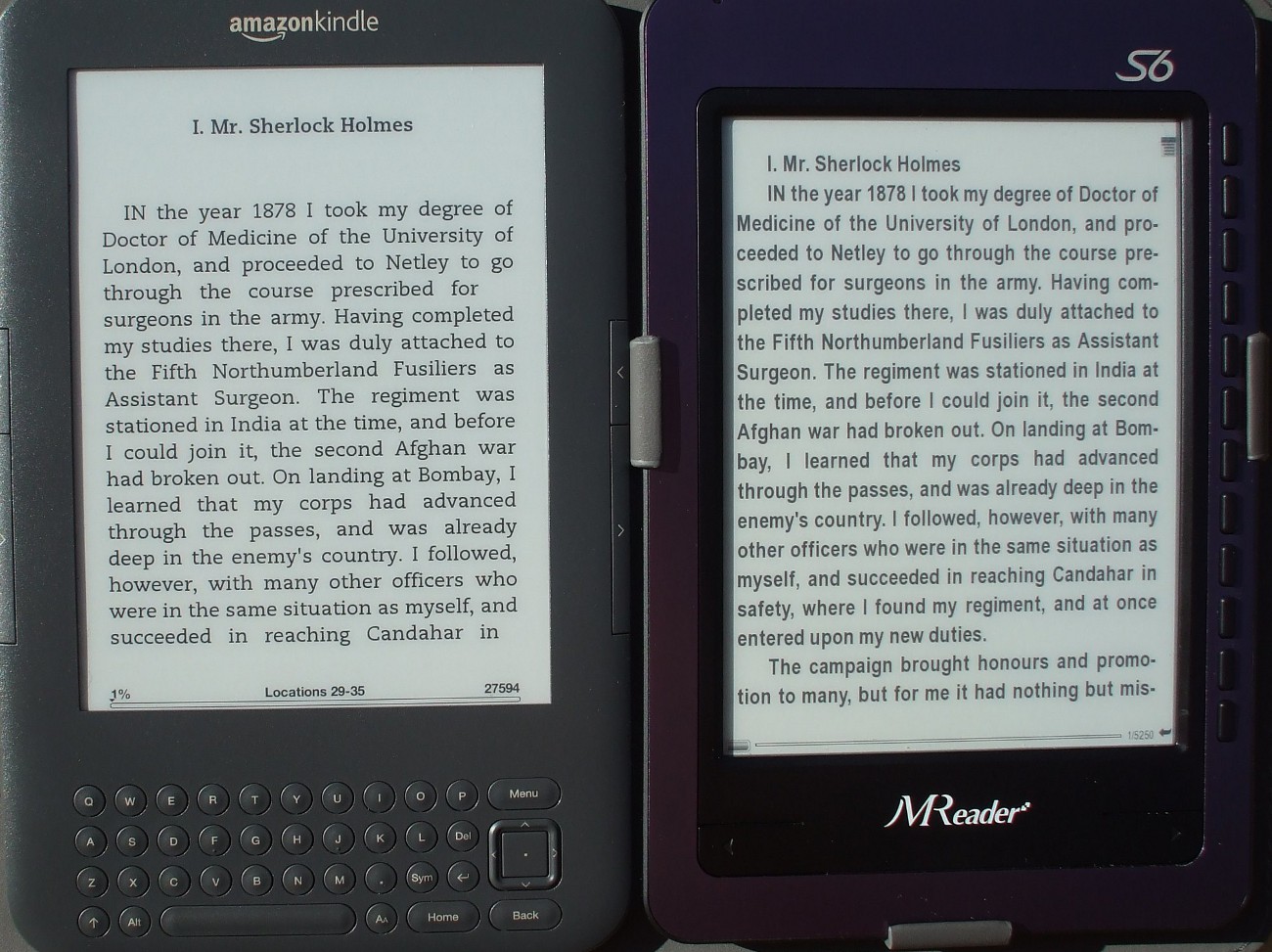 The difference between the Pearl display and the newer Vizplex displays really isn’t that much of a drastic change. In fact, this particular Vizplex screen appears to have a slightly lighter background than both Pearl screens.

The darker text is certainly an improvement on the Sony and Kindle and makes reading in lower lighting conditions somewhat easier, but considering the Vizplex screens have been in production since 2007, you’d think that after 3 years the new and improved Pearl screens would blow the old ones out of the water. But that certainly doesn’t seem to be the case.

My question is, if the new Pearl screens are so much better, then why are the Vizplex screens still being made and used on the majority of devices in production right now?