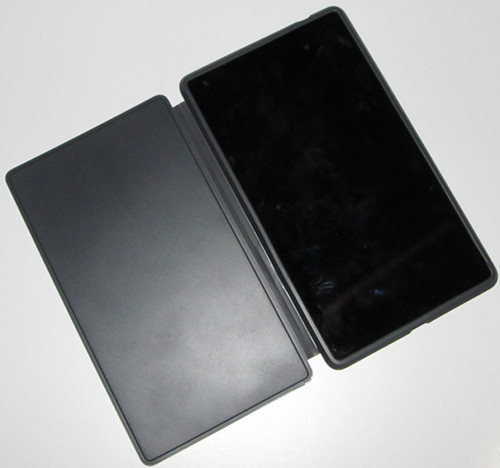 Last week I posted an article with a list of 10 covers and cases for the 2nd gen Google Nexus 7 tablet. Before posting the article I had already ordered the official travel cover for the Nexus 7 that is made by Asus.

At the time there weren’t any reviews for it so it was kind of a gamble. In retrospect I wish I would have waited and purchased a different cover off the list, especially considering several are about half the price of the Asus cover.

Maybe I’m being too critical of the Asus travel cover, but I flat out don’t like it and think it is way overpriced for what I paid at $22.50. Here’s the low-down:

Verdict
Maybe my expectations were too high, but I don’t like this cover at all and cannot recommend it for the price it is currently selling at ($19.00). It looks the like the early reviewers at Amazon agree with me; it has a 2.7 star rating over 48 reviews.

Personally I would give it a 3 star rating. The cover works and serves its purpose and there’s nothing physically wrong with it so I can’t give it 1 or 2 stars, but if I had to do it over again I would definitely get something else instead. The front flap is the biggest deal breaker because it just doesn’t stay closed very well and feels too flimsy.