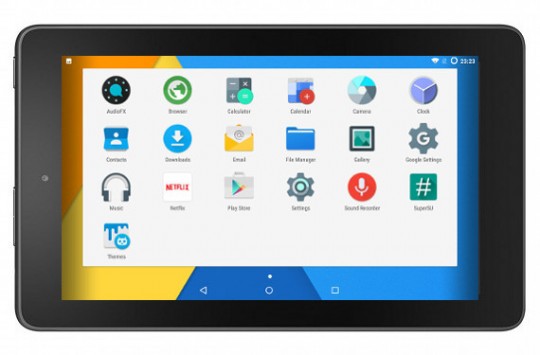 The developers at the XDA forums have put together a working Cyanogenmod 12.1 ROM for the 5th gen Fire Tablet (the $49 model).

Basically the ROM replaces the existing custom operating system created by Amazon and replaces it with an open-source operating system based on Android 5.1 Lollipop that looks and operates a lot more like a regular Android tablet or phone without a custom OS from the manufacturer.

The ROM gets rid of all of Amazon’s software and other bloatware, and adds some additional features and services.

Amazon has sold millions of their new $50 Fire tablet. Not everyone wants to use Amazon’s custom OS, so it’s always good to have some alternatives.

All new 2015 Fire tablets can install Google Apps quite easily, including the Play Store. For those that want to take it to the next level, the Cyanogenmod 12.1 ROM is the obvious next step.

The ROM was just updated today to add Bluetooth support and other fixes. It appears to be a pretty stable ROM, with most things working except the camera, and OMX is partially working.

There’s a video below from Rootjunky that describes the process from start to finish on how to install CM12 on the Fire tablet. Refer to the video description page for more directions and links.

I haven’t tried to install CM12 on the Fire tablet yet. I want to keep access to the added Amazon features. If they get it so CM12 can be run separately from an SD card where you can choose to boot either OS then I’d be interested, but I’m not sure if that’s going to possible or not.