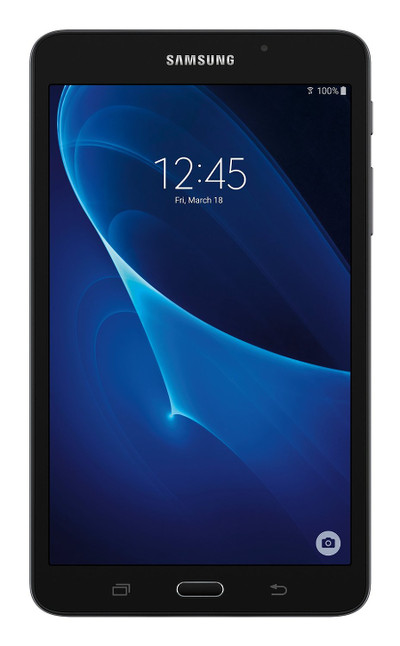 Samsung has just released a new 7-inch Android tablet called the Samsung Galaxy Tab A 7. It’s a new 2016 version of their A series tablets.

The Tab A 7 is basically a newer version of the Galaxy Tab 4 that I reviewed back in 2014. The Galaxy Tab A has a slightly faster processor, more RAM and some other upgrades but is otherwise very similar to the Tab 4.

By comparison they’ve managed to cut the retail price of the Samsung Galaxy Tab A 7 by 25%, taking it down to $149 at Amazon, so after awhile once it starts going on sale it will be really cheap.

As far as specs are concerned, it has a 7-inch 1280 x 800 resolution screen. It’s powered by a quad-core 1.3 GHz Spreadtrum SC8830 processor with a Mali-400 GPU. It comes with 8GB of internal storage space and it has 1.5GB of RAM. It also has a microSD card slot with super high capacity all the way up to an impressive 200GB.

In terms of software, the 7-inch Galaxy Tab A runs Android 5.1 Lollipop at launch. However, Samsung is expected to release updates to Android 6.0 Marshmallow for their larger Galaxy Tab A tablets soon, so hopefully this new 7-inch model will be getting updated at some point as well.