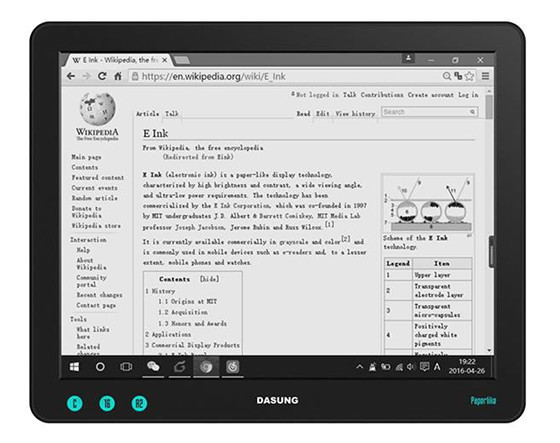 The first 13.3-inch E Ink monitor, the Dasung Paperlike, has reappeared on YouTube in a couple of new videos posted by Dasung Tech.

The video description makes mention of it being the “latest” Dasung Paperlike display, so hopefully that means they were able to work out some of the issues with the earlier version.

The Paperlike has been sold out since February, according to the company’s Facebook page. It shipped to 43 different countries worldwide.

So far there’s been no mention of when they’ll start taking orders again but the fact that they’re posting new videos probably means it will be sooner rather than later.

There’s an email address on the Dasung’s website for contacting them about orders and questions.

What makes the Paperlike unique is the fact that it features a 13.3-inch E Ink screen that can be powered entirely via a regular USB cable plugged into a PC or Mac computer. It gets enough power through the USB cable to operate without having to plug it into a power source.