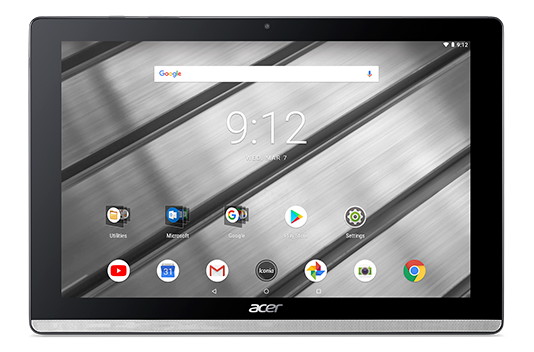 Acer recently released a new low-cost 10-inch Android tablet that looks like it could be good competition for the Fire HD 10.

There’s also another version of the Acer Iconia One 10, the B3-A50, with the lower resolution screen and the price difference is only $20 less so steer clear of it.

The specs are fairly similar to the Fire HD 10 but it has better cameras, and it runs Android 8.1 Oreo and comes with Google Play onboard so that’s a big advantage over Amazon’s tablets.

The Acer tablet has a 1.5GHz quad-core processor with 2GB of RAM and 32GB of internal storage space, with a microSD card slot for expansion up to 128GB. It has a 2MP front camera and 5MP rear camera, dual speakers, a microUSB port, Wi-Fi, Bluetooth 4.1, and it has a 6100 mAh battery.