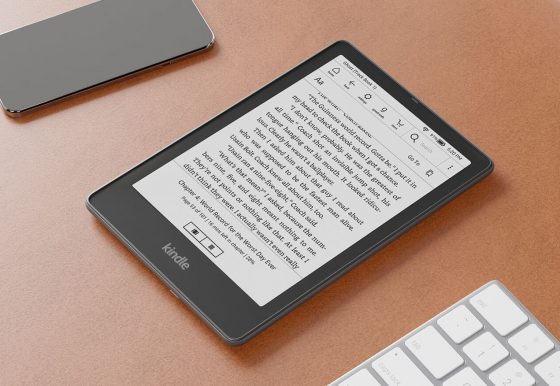 About five months ago Amazon released a software update for all Kindle ereaders dating back to the Kindle Paperwhite 3 from 2015 that changed several parts of the user interface.

It’s the most controversial software update Amazon has ever released for Kindles; a number of people hate the new software and will do just about anything to get the old interface back, but unfortunately once your Kindle updates there is no going back.

I think Amazon would have been better off saving the new layout for new Kindles instead of suddenly changing the interface without warning on Kindles that people have been using for the past half decade or more, but what do I know.

For the most part I don’t really mind the new user interface, but there’s one thing that still drives me crazy: the removal of the back button.

For me, the biggest problem with the new software layout is the fact that they completely removed the back button and the functionality that went along with it. They tried replacing it with a half-assed version that you can access by swiping up from the bottom of the screen but it simply does not work as well and it’s not even available with things like PDFs and magazines so navigating those type of ebooks is now a confusing chore.

The really annoying thing is the back button still exists in the software. It magically reappears in the help section of settings but if you want to use it within an ebook you’re out of luck.

Then with the last 5.14.1 update they added a new navigation pop-up that appears at the bottom of the screen whenever you jump to a different part of a book asking to “go back” or “stay here” and I find it really obnoxious because it won’t go away until you select one. The old back button used to work much better for that sort of thing, and it remembered multiple previous locations instead of just one.

It’s Not All Bad

I also like how they got rid of the banner advertisement at the bottom of the screen on the Homescreen and Library for ad-supported Kindles, but I don’t like how the force you to use the Homesceen now; you used to be able to turn it off and go directly to the library view.

It’s been about 5 months now since the new user interface started rolling out, so what do you think? Have you gotten used to it yet or do you still struggle with it? Amazon is expected to make more changes with future updates, but it’s been almost 4 months since the last update so things aren’t exactly moving at a fast pace.