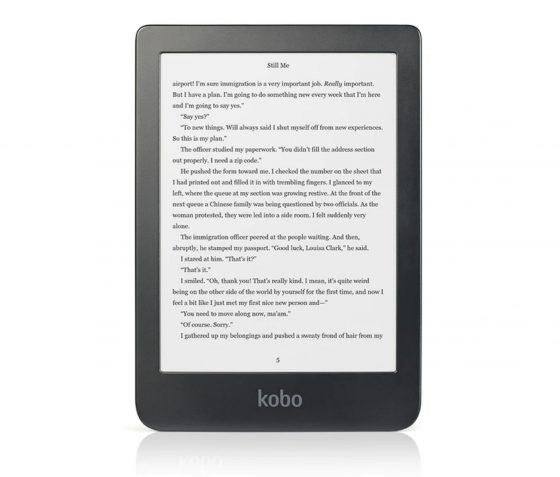 It’s hard to believe, but the Kobo Clara HD has been on the market for nearly four years now. That’s a really long time for an electronic device to remain on the market in this day and age without any upgrades, and the fact is it was barely an upgrade over previous 6-inch Kobo models.

The Kobo Clara HD was released in June 2018, and even then at the time the only “new” feature they added to it was the ability to control the frontlight color, which had previously only been available on Kobo’s larger models. Other than that it was pretty much exactly the same as the Kobo Glo HD that came before it.

Kobo tends to release at least one new model each year. Last year they released three, the 10.3-inch Kobo Elipsa, the 8-inch Kobo Sage, and the 7-inch Kobo Libra 2.

That only leaves their 6-inch models left to be upgraded, and the Clara HD is the oldest one.

There are plenty of things they could upgrade. The newer Kobo models now have USB-C support and newer Carta 1200 screens with better contrast. They also have more storage space and Bluetooth support for streaming audiobooks. Kobo officially added Dark Mode support to the new larger models too, something their smaller ereaders still lack.

How many years is Kobo going to stick with the Clara HD? It would be nice to see Kobo release a new 6-inch model soon with some of the upgrades from the larger models.

What features would you like to see on the next 6-inch Kobo ereader?