In a move that’s sure to bring up some controversy, Amazon has quietly dropped support for registering 1st and 2nd gen Kindles, including both versions of the Kindle DX, according to reports over at MobileRead, which was confirmed by an Amazon representative (it has since been recanted; see update below). If you have a 1st […] 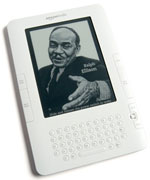 Today Woot is offering a refurbished 2nd generation Kindle for $89.99 plus $5 for shipping. It comes with free 3G global wireless and a 1 year warranty from Amazon. The Kindle 2 features a 6″ E Ink Vizplex display. It comes with 2GB of internal memory—enough for about 1500 ebooks—and the battery will last about […]

With the introduction of the new Nook Wi-Fi and subsequent price-drops of the Nook 3G and Kindle 2, choosing the best device of the three can be a difficult decision. So which one is the best ereader to choose? Well, the good news is that you really can’t go wrong with any of them at […] 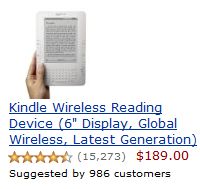 This is absolutely classic. Barnes and Noble officially announced the release of their new WiFi-only Nook today for $149, and at the same time dropped the price of the 3G Nook down to $199. If you do a news search for the term ebook reader or ereader, you get pages and pages all about the […] 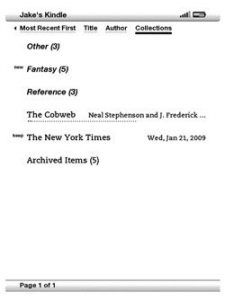 Better late than never, Amazon has officially released an updated version of firmware for the Kindle 2 and Kindle DX. The update downloads automatically to the device if you own one, or you can visit Amazon’s Kindle software page for instructions on how to manually update. The most anticipated new feature is folders, or “collections” […]

The title says it all. Target issued a press release today confirming their plans for Kindle Nationwide. Getting Kindles in stores where people can see and touch them is going to help sales and presence with all the other ereaders coming to stores of late. It was something Amazon had to do sooner or later. […]