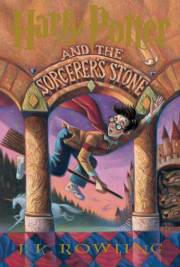 For all you Harry Potter fans—there are only about 400 million or so—OverDrive announced that they’ve come to an agreement with Pottermore to be the exclusive distributor of Harry Potter ebooks and audiobooks to public libraries and schools.

This means that in the very near future—preliminary signs are pointing to April 30th—library patrons will be able to download Harry Potter ebooks for free from libraries to read on phones, tablets, computers, and ereaders alike using OverDrive’s library ebook lending service.

Harry Potter ebooks were supposed to be released last fall with the launch of Pottermore, but that’s all been delayed and no real time frame has been given on when to expect its launch. After Pottermore was first announced, reports said that Harry Potter ebooks would not have DRM and would sell exclusively from the Pottermore website—both of which remain to be seen.

One thing is certain, the library copies will have DRM because that is how the system operates. Ebooks have to automatically expire after a given number of days (usually 7 to 21 days).

If libraries are getting them in the next couple of months for borrowing, it stands to reason that people will be able to buy them soon too. It’s not like we have to wait for the books to be printed and distributed or anything.

In fact, they’d better start selling them at the same time libraries start lending them or it’s just going to drive more people to download pirated copies if they have nowhere else to get them. Create a bunch of hype and then library wait lists are going to fill up fast with a series as popular as Harry Potter. Things are going to get ugly if they delay selling them.