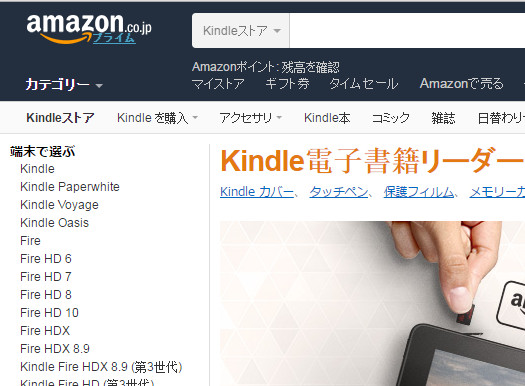 Whenever Amazon gets set to release new Kindle ereaders or Fire tablets, one of Amazon’s international websites often inadvertently reveals key details ahead of the official release.

This time around it’s Amazon’s Japan website that appears to be letting the cat out of the bag a bit earlier than expected.

Someone over at MobileRead noticed a reference to something called “Kindle Oasis” posted under the list for Amazon device accessories.

Clicking on the Kindle Oasis link reveals a page that is described as “Whiskey Accessories”.

According to previously leaked details, we already know that the new Kindle’s codename at Lab126 is Whiskey.

So that all adds up to the new Kindle most likely being called Kindle Oasis.

Given the name choice, that could possibly mean that it’s waterproof. That’s the most likely upgrade considering that Kobo and B&N both offer waterproof ereaders now with the Nook GlowLight Plus and Kobo Aura H2O.

Unfortunately the name is about the only thing that can be deduced from this leak. There’s still no hint at what size or type of screen to expect. So far the early details suggest a waterproof Kindle with a rechargeable cover and a thinner design. What other surprises does this new 8th gen Kindle have in store?